Festival for the Earth returns for 4th year

Festival for the Earth returns for 4th year 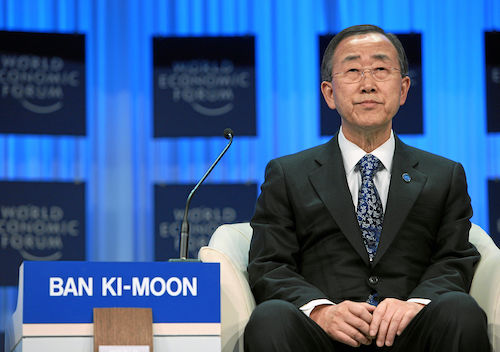 Former Secretary-General of the United Nations Ban Ki-Moon will be presented with the Grand Medal of Prince Albert I at a special ceremony in Monaco next week. The awards is being held alongside the Festival for the Earth, an international conference centred on addressing issues affecting the environment, which is back for its fourth edition next week.

The Festival for the Earth, organised by MbrArt with the assistance and support of the Prince Albert II Foundation, will be held 6th and 7th November at the Oceanographic Museum.

The Grand Medals of Prince Albert I will be presented on the morning of the 7th at the museum. Ban Ki-Moon will be recognised for his mediation, while Professor Lisa Ann Levin will receive a ‘Science’ award.

The annual Festival for the Earth event hosts a series of roundtable discussions, workshops and talks whose goals are to offer to as broad an audience as possible alternative ways of looking at environmental issues. The conference’s aim is to challenge attendees to reflect on new solutions to helping the bionetwork as well as transforming outmoded ways of thinking about environmental matters.

Talks will focus on creating positive transformation in the fields of science, technology, economics, business and innovation to shape the world into a more sustainable future.

Festival for the Earth is the brainchild of artist Maria Rebecca Ballestra, who chose Monaco as one of two cities to host the event, the other being Venice, because of their strong philosophical and historical ties as well as being places where relationships between water and land have shaped their pasts and will continue to shape their futures.

Doors are open from 10am to 6pm and entry is free. For additional information go online at www.festivalfortheearth.com