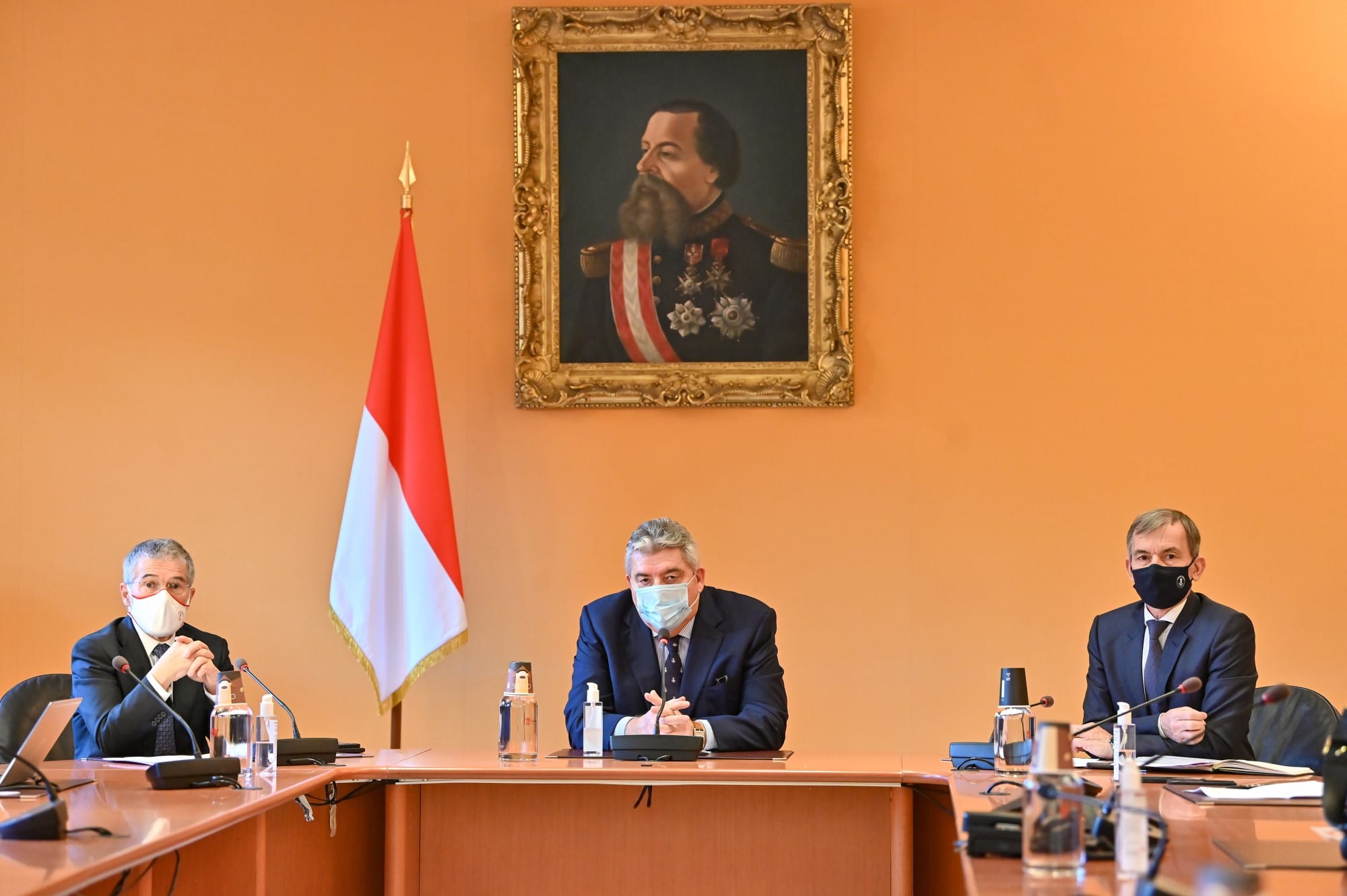 New rules apply for Christmas Eve, Christmas Day and New Year’s Eve in the Principality. Here is everything you need to know about the temporary relaxing of restrictions.
During a press conference on Friday, Minister of State Pierre Dartout clarified the slight adjustment to current health measures, as announced by Prince Albert on Thursday evening, in the run up to the end of year celebrations:
Christmas Eve
On 24th December, the curfew has been relaxed and will come into effect from 11.30pm until 6am. Restaurants will still have to be closed by 9.30pm and people will have a 30-minute reprieve to make their way home.
Christmas Day
On 25th December, restaurants will be allowed to stay open for one extra hour until 4pm for lunch service. However, the normal 9.30pm closing time still applies for dinner.
New Year’s Eve
On 31st December, restaurants will be allowed to stay open for one extra hour for lunch service, until 4pm.
Restaurants will also be able to remain open for one extra hour in the evening, with a mandatory closing time of 10.30pm.
However, the 8pm general curfew is still be in place, so people will have to provide proof of attendance from a cultural institution (9.30pm curfew) or restaurant if found to be outside of their homes.
Everyone entering the Principality on New Year’s Eve will be stopped and only residents, workers and visitors with a hotel reservation in the Principality will be allowed in.
All public gatherings are banned on 24th December and 31st December. Private parties in people’s homes are allowed, however the government does urge caution and common sense practices.
The government also confirmed that the current curfew and other health measures, including the mandatory wearing of masks in public spaces, will be extended until at least 15th January.
Sports
Sports venues and swimming pools were allowed to reopen on Saturday 19th December, in compliance with strict health rules that were developed during the previous deconfinement.
Training groups are limited to five people including the coach, while school sports activities are allowed to resume on 4th January, according to strict health protocols.

Despite a situation that seems under control, the minister of state reiterated his call for everyone’s vigilance, especially in the private sphere, and with a view to travel related to holidays.