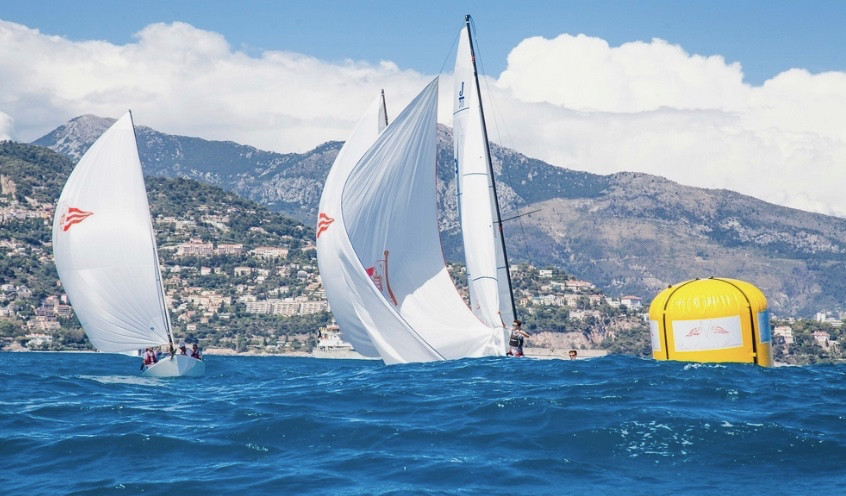 There are only a few places left for the Principality’s famous networking evening on Thursday, July 5: Business Time, organised by Monaco’s Junior Chamber of Commerce.

The venue is the Riva Tunnel on Port Hercule to meet three experts from a sector of excellence in Monaco who will discuss “the place of yachting in Monaco.”

Riva, an iconic builder of boats since 1842, has always linked the crafts of art and design. By building the mythical Aquarama in the sixties and thanks to his perfectionist and meticulous work, Carlo Riva – raised the brand that bears his name to the highest level and thus create a real Riva Myth. His daughter, Mrs Lia Riva, continues her masterpiece in Monaco and the Junior Chamber said it is honoured to be here to present the Tunnel that bears her name and whose history is closely linked to that of Monaco.

Partner to Gordon Blair, Edouard Mousny is also vice-chairman of the Cluster Yachting Club of Monaco. In particular, he works to simplify the current regulations, which can curb some shipowners.

General Manager of the Monaco Yacht Show, Gaëlle Tallarida is constantly striving for excellence to develop what has become the world’s largest superyacht show. Listening attentively to a demanding market, an international promotion targeting private customers is the basis of the strategy orchestrated by Gaëlle Tallarida with her organising team. The Monaco Yacht Show is one of the top two flagship events of the Principality in terms of economic attractiveness.

As part of Operation Pasteur, the demolition of the pergola along boulevard Charles III and the former municipal workshops along the avenue de Fontvieille, will begin on Monday, January 16, 2017. To achieve this destruction under optimum safety conditions, scaffolding will be installed on the avenue de Fontvieille. Also, the uplink will be closed until mid-March 2017, while the downhill use of the avenue will be maintained throughout the duration of the work. As a security measure, the Fontvieille staircase will also be closed during the demolition and pedestrians will be invited to take the stairs of Le Méridien 100 metres away. Work will begin on connecting the Pasteur operation to the wastewater and storm water networks in the Fontvieille district. "This restructuring of wastewater networks is now necessary in this district,” said Olivier Lavagna, Director of Public Works. He added: "Over the decades, the urbanisation of the Principality, whether it concerns public housing, residential buildings or offices, requires adapting all the networks to the increased resident, employee or visitor population.” Jean-Luc Puyo, Director of Urban Development, commented, "Over the years, significant storms, even critical ones, have seen thousands of litres of rainwater arrive from the watersheds around the Principality. We have experienced flood events that show the importance of having a network calibrated to respond to these changing weather conditions.” The state services in charge of this project have implemented phasing to limit the impact on road and pedestrian traffic in this neighbourhood, especially when sporting fixtures are being held. READ ALSO: Nighttime diversion with exit 56 closure 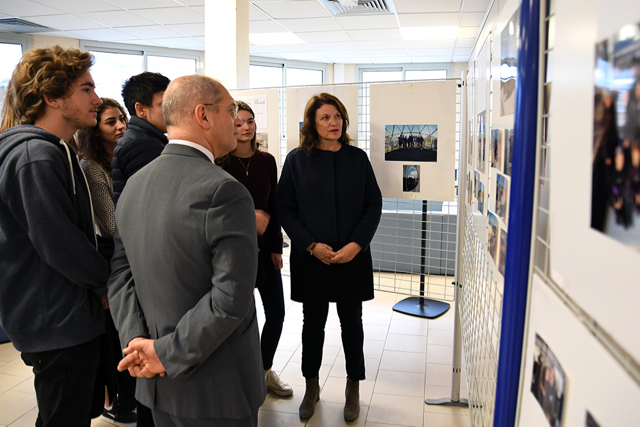 Photo: DC[/caption] In order to demonstrate the beauty of an exchange programme in Florida, students of Lycée Albert 1er’s First International Option (FIO) have mounted a permanent photo exhibition for their comrades, with a view to raising awareness of the protection of the oceans. The group of FIO students had the chance to participate in an exchange programme with the Canterbury School of Florida, which they visited in November. Accompanied by their teachers Mrs Biancheri and Mrs Riley, the students were warmly welcomed by their American counterparts, who spent time in Monaco in November 2015. This exchange, under the aegis of the Directorate of National Education, Youth and Sports, is part of the Blue Ocean Short Film Festival, in which the students of the Principality participated as members of different juries. During this visit, the students were able to take part in a scientific and cultural project dedicated to the fauna and flora in the Mediterranean and ocean environments, as well as to its degradation due to pollution and the actions of man. In addition to immersion in the American school system, students of the Principality were involved in an intense programme of activities: kayak exploration, swimming with manatees, and visits to the Dali Museum and Bush Gardens. READ ALSO: First bursaries from Monaco Air League READ ALSO: The Women of Monaco Life, A Series: Helga Piaget, Founder Passion Sea