Few surprises in first round of presidential election

Few surprises in first round of presidential election 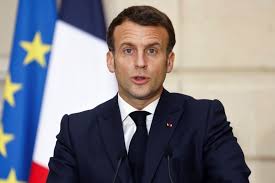 The first round of the 2022 French Presidential elections show a fragmented country with no clear front-runner, and a repeat performance of the top two contenders from 2017.

The rematch between current President Emmanuel Macron and far-right rival Marine Le Pen will play out for a second time after the results of Sunday’s Presidential election show a tight race and a fragmented society.

With 97% of the votes counted, President Marcon had 27.6% of the vote, followed closely by far-right Rassemblement National (RN) party candidate Marine Le Pen with 23.41% and leftist Jean-Luc Mélenchon, from La France Insoumise, who nabbed 21.95% of the vote.

With such big numbers, Mélenchon voters could be the deciders of the race when the second round of voting takes place on 24th April, though he has not thrown his support behind Macron despite warning his supporters to “not give a single vote to Marine Le Pen”.

What is interesting to note is that 2022 may go down in the history books as the year that France’s former big two parties, the Socialists and the Republicans, went down in not-so-glorious blazes. Social Party candidate Anne Hidalgo received a paltry 2% of the vote and Republican Valerie Pécresse manged to scrape together less than 5% of the vote.

Marcon is planning to inundate the public with a series of rallies and TV appearances over the next two weeks, but even with his incumbent status, opinion polls show that the race is going to be extremely tight.

A TFI poll shows a Macron win with 51% over 49% for Le Pen. A fifty-fifty split of the population is not exactly the way any elected official wants to start their term, but in France, like in the United States and the UK, divisions have polarised the country.

“When the extreme right in all its forms represents so much of our country,” Macron said, “we cannot feel that things are going well.”

He went on to speak to Le Pen voters in an effort to sway them, saying, “I want to convince them in the next few days that our project answers solidly to their fears and challenges of our time.”

The president threw barbs at Le Pen about her affiliations with Putin, whose party took out a Russian loan and whom she visited just prior to the 2017 election.

Le Pen has built a strong campaign around cost-of-living fears, with radical tax cut promises and income tax waivers for those under 30. She has been less nationalistic this time around but couldn’t resist throwing in her intention to restrict immigration and ban the hijab in public.

Interestingly, Le Pen performed best with 34–64-year-olds, whilst Macron did best with the over-65’s.

Early Sunday, the turnout was extremely low, but by the close of day, voters had come out in force, with nearly 75% having exercised their rights.