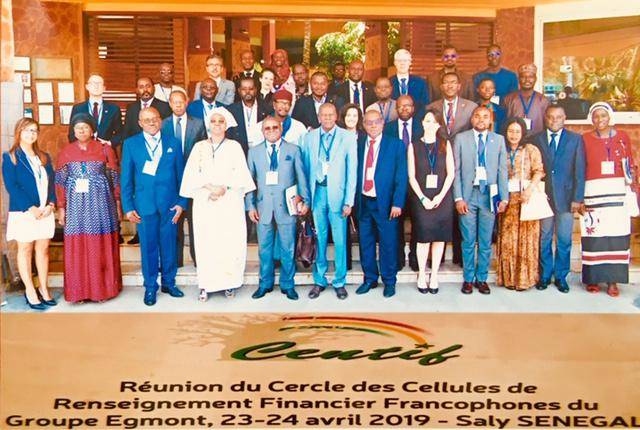 Monaco is continuing its efforts to combat money laundering and terrorism financing, with experts gathering in Senegal for an important discussion with Francophone countries including Mali and Belgium.

The Financial Circular Information and Control Service (SICCFIN), the Financial Intelligence Unit (FIU) of the Principality, represented by acting director Philippe Boisbouvier and analyst Jenny Perrot, have taken part in a working meeting of the Egmont Group Francophone FIU Circle held in Saly.

The Egmont Group is an international organisation which now includes 165 CRFs. Its mission is to fight against money laundering and terrorist financing (AML /CFT).

The meeting was attended by representatives of many countries including Benin, France, Togo, Belgium, Senegal, Congo, Cape Verde, Mali and Cameroon. Participants defined the priorities of Francophone FIUs for the coming year, which will be presented at the 26th Plenary Assembly of the Egmpont Group to be held in The Hague, Netherlands, in July this year.

The groups also worked and exchanged information on several topics that are relevant to the fight against money laundering, the financing of terrorism and corruption worldwide.

– The declarative activities of Designated Non-Financial Businesses and Professions (DNFBPs): how to improve the level of adherence to the AML /CFT and the quality of suspicious transaction reports.

– The necessary public to public partnerships, between the FIUs, the judicial and fiscal authorities, the various services of the Ministries of Finance and Economy, customs services, etc. In discussing this subject, SICCFIN representatives made a comprehensive presentation of the mechanisms put in place for this purpose in the Principality: Liaison Committee, Contact Group, Coordination Committee.

At the end of the meeting, it was unanimously proposed and accepted by the participants that the next working meeting of the Francophone FIU Circle, to be held in spring 2020, will take place in the Principality of Monaco.