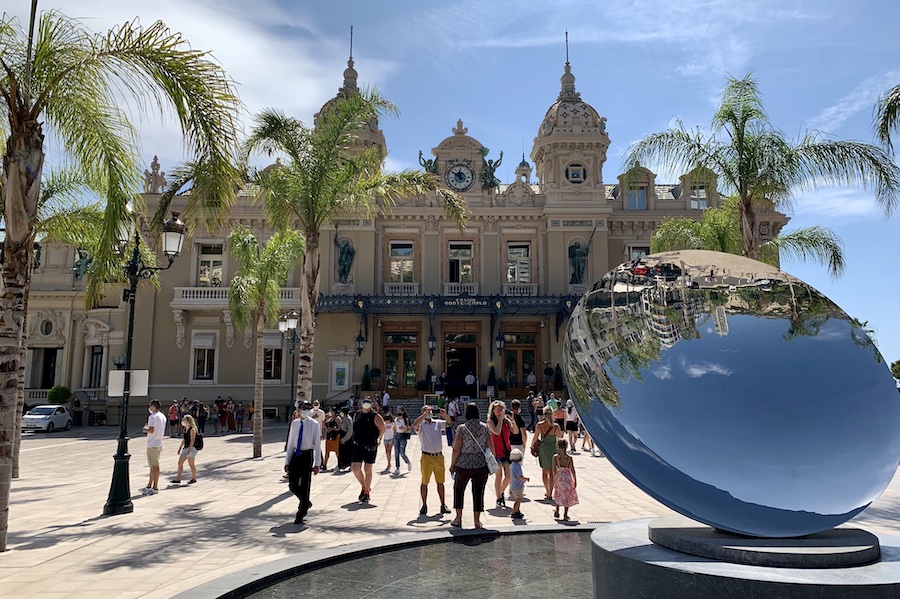 A new report by statistics group IMSEE reveals that 2022 is seeing a return to normalcy in economic terms after two difficult years.

After a trade rebound in 2021, the trend has continued into 2022 with a growth in foreign trade. The overall volume of trade in Monaco, excluding France, during the first quarter reached €747.2 million, an annual increase of 16%. This isn’t quite back to levels seen before Covid, but it is slowly clawing its way back.

Exports show moderate growth at €13.1 million, while imports have risen sharply to €90.2 million, creating a trade balance deficit of -€202 million and a ten percentage point reduction in coverage rates.

Two-thirds of sales are inside the EU, but conversely, Monaco’s suppliers are primarily outside the Union. The transactions with the EU, at +10.5%, are far below those outside the block, which are up +23/1%.

Italy is Monaco biggest trading partner, accounting for one-fifth of trade. Germany is next biggest at 11.6%, followed by the United Kingdom at 7%.

In terms of what was being bought and sold, transactions in jewellery and musical instruments saw a steep drop of 42.9%, equalling total sales of €52.1 million. Plastic products fared a bit better with sale figures sitting at €63.8 million and auto construction products at €57.3 million. Both industries saw 12% rises in sales.

Monaco’s revenue reached a record-busting €4 billion, and this is excluding the financial and insurance sectors. This shows +15.6% growth compared to the same quarter of 2021. Nine out of 11 sectors are up on last year and many have returned to their 2019 levels.

Wholesale trade is the main contributor to overall first quarter 2022 earnings, with an increase of €181 million, or 16.5%, due to fee or contract sales, food, beverage and tobacco sales, and “other” specialised wholesale.

Construction is seeing a boom as well, with a revenue jump of €95.2 million, up 20.3%. This sector is seeing growth in masonry works and actual construction projects, but also in development and sales of homes.

Other sectors seeing returns to normal are scientific and technical activities, admin and support services, accommodation and food service, retail, and transportation and storage. Only two sectors are down, those being public administration, education human health and social work, and information and communication, though it must be noted that this sector is 11.9% above its pre-pandemic level.

Bank asset management has been good, with a +7.8% rise, and the number of loans granted has also gone up by +10.1%. Additionally, the total value of deposits has seen an increase of 13.1%.

Private sector employment figures showed 56,796 active jobs as of March 2022, based on at least one hour being worked by an employee. This is up 10.5% on the previous year and is also beating pre-Covid levels. CTTR only affected roughly 20 jobs at the end of March 2022, a much better figure than the year before which stood at 800.

All sectors saw an increase in salaried workers, with the biggest gainer, unsurprisingly, in accommodation and food service, which gained more than 1,900 jobs. The number of hours worked in the private sector was just under 23 million at the end of the quarter, up 10.9% on the previous year. Again, it was accommodation and food service that saw the largest increase, up by a whopping +63.3%.

Non-EU visitors were up by 178% following the resumption of international travel, but those from inside the EU fell by -14.5%.

The property market has also risen. There were six sales, including five off-plan, equalling over €33 million, compared to only one sale in 2021. Resales had four fewer transactions, but increased by 36.3% to €501 million.

Finally, the number of travellers was up +133.7% on 2021, equalling 1,514 flights and 3,428 passengers. Helicopter traffic hasn’t fully recovered yet, but commercial flights have shown movements and passenger numbers up massively, at 201.7% and 335.9% respectively.