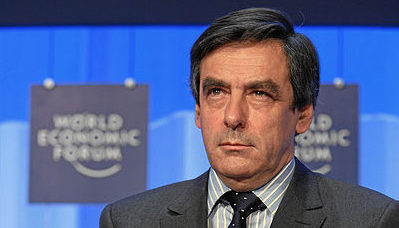 French presidential candidate François Fillon, 62, is still proposing an increase in VAT, despite reports on Monday that he was about to renounce the idea. The centre-right candidate of Les Republicains wants to increase the standard rate from 20 to 22 percent, and the intermediate rate from 10 to 12 percent, in order to raise €16 billion into state coffers.

The French economy has shown signs of life in recent months, with the unemployment rate falling to 9.7 percent in the last three months of 2016, down by one percent from the third quarter. However, the consensus among economists is that the prospects for the French economy remain fragile.

Mr Fillon, who recently made headlines for hiring his wife as a parliamentary aide over 15 years with an average monthly salary of €3,700 after tax – “fair for a woman with training in law” he said – has also been criticised for his American-style healthcare plans, which would limit France’s generous public health insurance to serious or long-term illnesses, with everything else requiring private insurance.

Local News Staff Writer - March 8, 2019
A group of athletes from Monaco is currently on its way to Abu Dhabi to compete in the Special Olympics World Summer Games.

Keep your ‘butts’ away from our beaches