Princess Charlene will be the only female to take part in the gruelling water bike crossing from Corsica to Monaco this weekend, with the final athlete revealed as diver Brandon Green.
Green is the fourth and final member of team Serenity, led by former Olympic swimmer Princess Charlene. He will join Australian champion cyclist David Tanner and endurance athlete Mathew Bennet, who was originally designated to team Notorious but transferred over to Serenity with the last-minute withdrawal this week of Swimmer Yannick Agnel.
Stepping in for Agnel is champion handballer Jérôme Fernandez. He will join fellow Notorious team mates Kevin Crovetto – Monegasque gymnast – and Conor McGregor – former Ultimate Fighting Championship (UFC) featherweight and lightweight champion. Princess Charlene’s brother and General Secretary of her Foundation Gareth Wittstock will lead the opposing team. 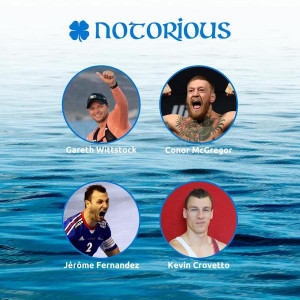 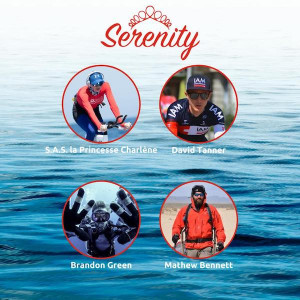 The Crossing: Calvi to Monaco Water Bike Challenge is scheduled to start at the Quai d’Honneur at the port of Calvi on Saturday 12th September at 2pm, weather permitting. They are expected to arrive at the Yacht Club of Monaco around 24 hours later.
The race will pit sister against brother, but also woman against men, as Princess Charlene will be the only female athlete competing in her charity’s race.
Team members will each relay the 180-kilometre crossing, switching as often as they wish.
The Princess Charlene of Monaco Foundation is now accepting donations for the challenge, with proceeds going towards water safety awareness and drowing prevention programmes across the world.

General Elektriks to perform Monaco show
We use cookies on our website to give you the most relevant experience by remembering your preferences and repeat visits. By clicking “Accept All”, you consent to the use of ALL the cookies. However, you may visit "Cookie Settings" to provide a controlled consent.
Cookie SettingsAccept All
Manage consent