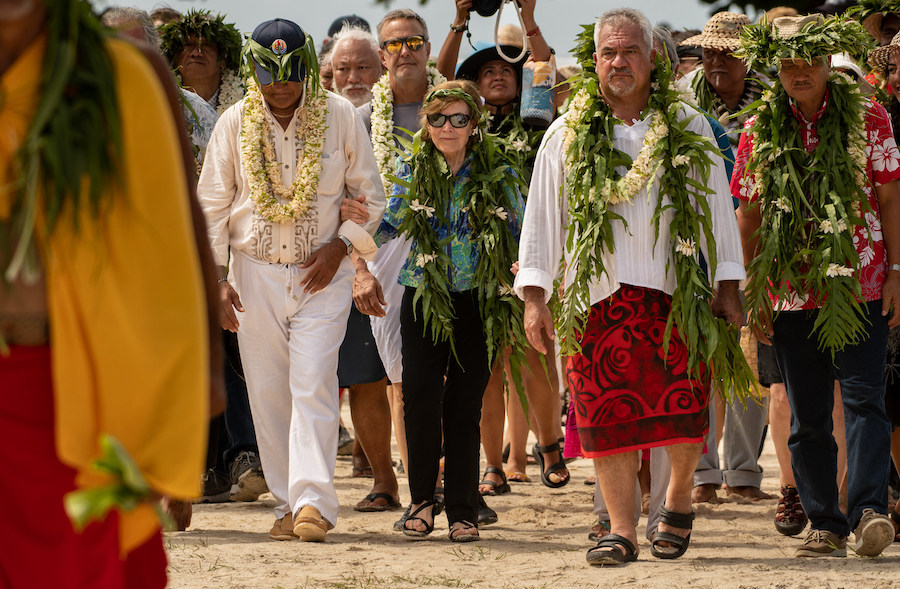 The Blue Climate Summit, co-convened by Prince Albert, last month set out to advance ocean-related solutions to climate change through concrete, actionable projects. The outcomes are in.

More than 200 scientists, business and political leaders, youth advocates and environmentalists gathered together from 14th to 20th May in French Polynesia for the Blue Climate Summit, organised by the Blue Climate Initiative.

A few themes took precedence at the conference, first and foremost, the need to strike a better balance between the oceans and man. It was hit home that without a strong marine environment, mankind will suffer.

“The living ocean, all of it, is inextricably connected to Earth’s climate and to the existence of life, humans very much included,” said Dr Sylvia Earle, an American marine biologist, oceanographer, explorer, author, and lecturer.

Next up was the importance of ocean health on human health. Threats are being made to the marine world in unimaginable ways. One such threat is deep sea mining. An obscure Jamaican entity called The International Seabed Authority is planning to issue deep sea mining licenses without knowing what this kind of disruptive project will do to the fragile ecosystems of the sea floors.

It is thought that large pieces of pristine ocean beds will be destroyed, whilst releasing massive plumes of debris, which will certainly affect life above. Participants at the Summit called for more scientific research to be made to learn what the impact and consequences of such explorative mining will cause.

President Édouard Fritch, whose country hosted the event, made clear his determination to create a better situation for the seas, saying, “With the largest managed marine area in the world and its 19,000 km2 Biosphere Reserve, our people of the largest ocean continent carry a message to offer to the world. On the occasion of the Blue Climate Summit, I invite the world to come to French Polynesia, to listen to us and, above all, to hear us.”

The Blue Climate Summit was regarded as not an event, but as a launchpad to important initiatives, though the plans will mean nothing unless they are followed up by action. To this end, the next several months will be critical to advancing, implementing and scaling the initiatives agreed upon.

Photo of the Hōkūleʻa ceremony at Taputapuātea, the UNESCO World Heritage site, on Raʻiatea, supplied.