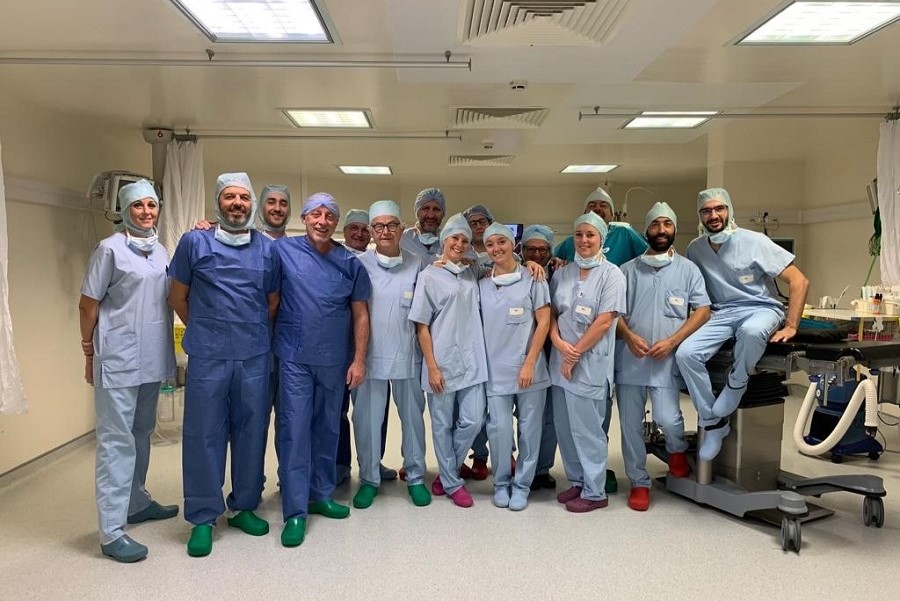 A mother has donated a tendon to her rugby-playing daughter to repair a knee in a world-first that took place at the Monaco Institute of Sports Medicine.

In France, it is possible for a living donor to offer a lung, kidney or lobe of the liver, but until recently, it had been forbidden to donate a tendon.

With an operation that took place on 8th October at the Monaco Institute of Sports Medicine, that all changed: a team of surgeons from Monaco and Nice successfully removed a live tendon from a mother to replace a damaged one in her daughter.

The daughter, Kiara, a rugby player from Nice, had endured several surgeries on the knee in question and was back at the doctor’s to look into another when her mother, Patricia, suggested she donate a tendon to try and fix the situation once and for all. The doctor, Christophe Trojani, knee surgeon at the Institute of Surgery, Repairs, Movement and Sports (ICR) Nice, at first was hesitant, but finally came around to the idea, setting the ball in motion for this first-ever event.

The first hurdle to overcome was that in France, a ligament donation is not authorised. Doctor Trojani went to the medical authorities, who rejected his request. Undeterred, he took the case to court in Nice, where he won approval for the experimental operation. Despite the win, the French Biomedicine Agency still said no, so Trojani took the show on the road and looked across the border to Monaco.

“We spoke to the Department of Social Affairs and Health and Government Advisor-Minister Christophe Robino, who gave us the authorisation to carry out the operation,” he told Monaco Matin. “Also consulted was the Monegasque advisory committee on ethics in biomedical research, who also gave a favourable opinion. This is how, 10 months later, the operation was able to take place.”

The operation was approved, but who was going to pay? As French insurance would refuse reimbursement to the mother-daughter duo, the Principality generously picked up the tab.

The procedure, though delicate, was straightforward.

“The operation is done simultaneously in two rooms with two surgeons, one removes and samples the tendon about to be inserted, whilst in another room we will reconstruct the anterior cruciate ligament,” explained Doctor Trojani on a social media video.

Though there have been similar surgeries, such as one in Australia where a hamstring transplant took place from living donors, the tendon is a first.

What about the patients?

So far, so good according to the doctor, who noted there has thus far been no sign of rejection and doesn’t anticipate compatibility problems. “We will have to perform a CT scan and a control MRI in two months to be sure of this definitively,” said an optimistic Trojani.

If all continues as it is now, Kiara will be up and playing rugby again in no time!