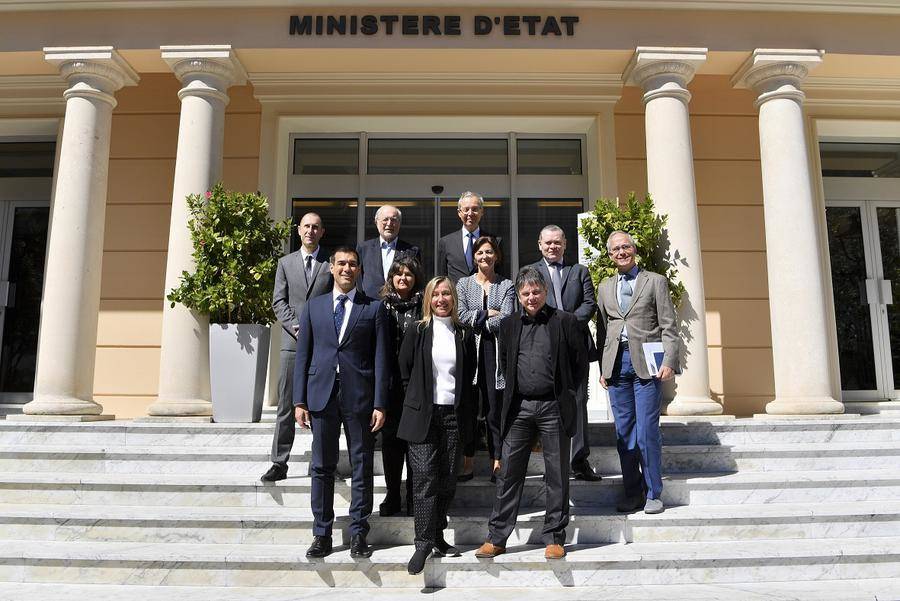 The first meeting of the National Committee for the Monitoring of Marine Protected Areas was held on Friday, April 5, 2019 at the Ministry of State. This body is composed of representatives of the State, the Prince Albert II Foundation, the Oceanographic Institute, the Monaco Scientific Center and the Environmental and Maritime Affairs Departments.

The governance of the Marine Protected Areas of the Principality is entrusted to this Monitoring Committee, which defines the main directions of the management of these Areas, to a Coordination Group for MPAs, which aims to facilitate the implementation of these guidelines. and to a manager, the Monegasque Association for the Protection of Nature, which deploys, on a daily basis, action programs aimed at preserving the environment of MPAs.

• The marine area of ​​Larvotto, mainly for the conservation and enhancement of a Posidonia meadow. It covers an area between the shoreline and approximately 600 m offshore, its area is 33.6 ha, of which 23 ha are classified as Ramsar, named after the Convention on Wetlands of International Importance.

During this meeting, several topics were discussed, such as communication and awareness-raising actions on these spaces that are important to preserve. It is in this spirit that a first five-year plan for protection management and scientific research in these marine areas of the Principality will be defined and implemented by the AMPN.