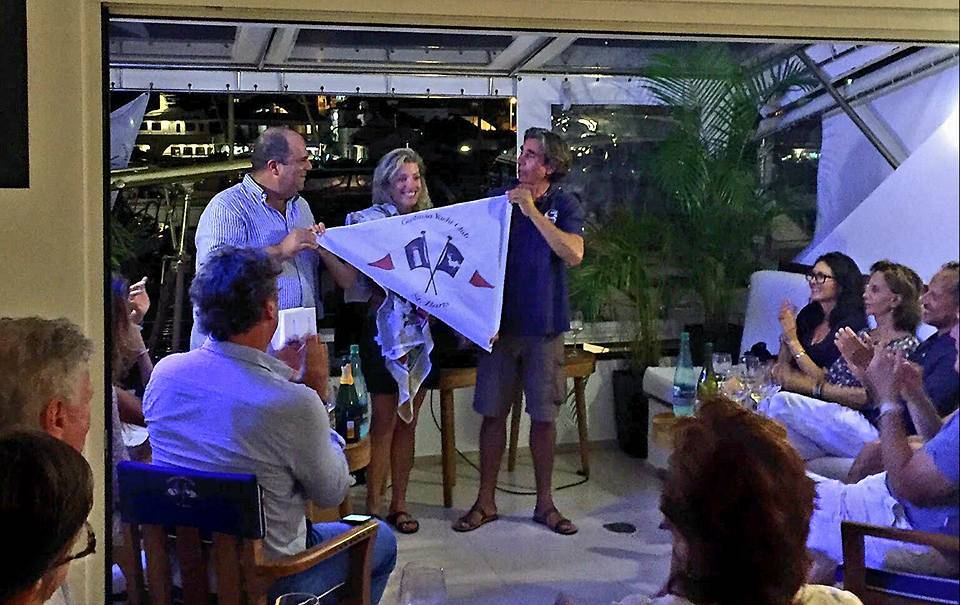 With the season on the island of St Barts coming to a close, members of the Gustavia Yacht Club based in Europe need not fret about a dull summer social calendar after a chock-a-block few months of events hosted by Sir Stelios’ recently-founded club.

Gustavia Yacht Club has already held a few gatherings in Monaco, and now they’ve announced their first meet-up in the US.

The Club will be hosting a cocktail party with snacks on Sunday, July 2, at Baron’s Cove in Sag Harbor, on the east end of Long Island, from 4 pm to 7 pm.

“As allowed for within the terms of reference of the Social Committee,” said Gustavia Yacht Club Manager, Benjamin Demarchelier, “our Club Manager Ben will be making a booking at the well known hangout Baron’s for the benefit of our members and their invited guests.”

By agreement with the Club Manager, members can invite two more guests who might be prospective members, however, with a capacity for up to 40 people, the guest list will be on a first come first served basis by RSVP. The evening will be complimentary for members plus one guest.

“We urge any members who were not already planning to do so to make their way to Sag Harbor for July 2. We will be reaching out to some of the prestigious local Yacht Clubs as well in order to further our reciprocal opportunities for the future. We are looking forward to this great opportunity to connect members and their friends in a lovely setting,” Mr Demarchelier added.

Local News Staff Writer - April 30, 2019
On show at the Monaco International Luxury Property Expo will be properties from across the globe, including Malta, the Maldives and even Jordan.