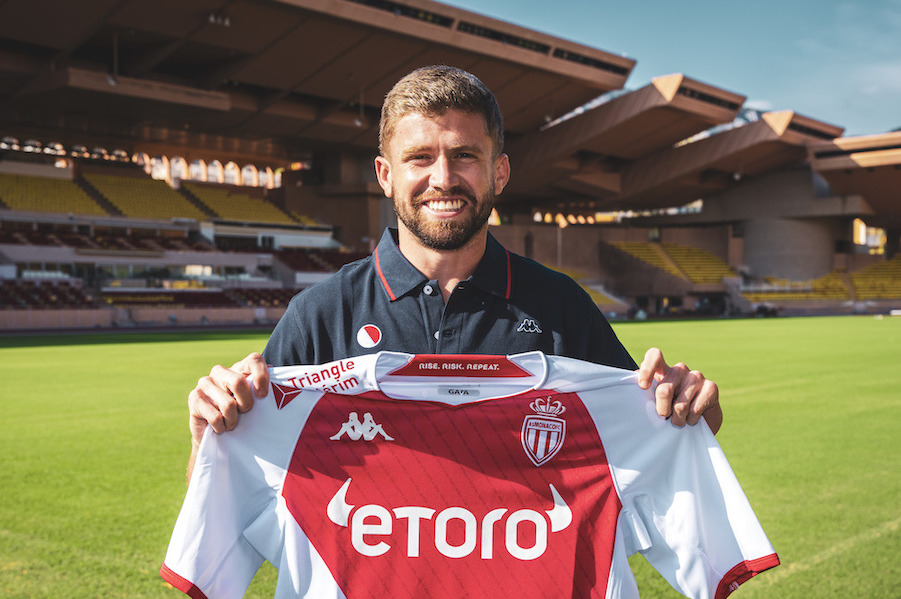 AS Monaco left-back Caio Henrique signed a contract renewal at the club on Friday, keeping him in the Principality until 2027.

Prior to the renewal, Henrique’s old contract was set to run out in the summer of 2025. Monaco have now secured the future of another first-team regular, following the extension of right-back Ruben Aguilar’s contract.

Henrique arrived at Monaco in an €8m deal from Atletico Madrid back in 2020 and has since gone on to make 87 appearances for the club, scoring twice and registering an impressive 18 assists. Although a defender, he is also a major source of creativity for the Principality side, a fact recognised by Philippe Clement, who utilised the player in the number 10 role when he first arrived.

Speaking in a press release, Henrique said, “Extending my spell at AS Monaco and continuing my career with the Club is a great joy for me. Since my arrival, I have had the opportunity to show myself and develop my quality. I am happy to be able to continue to do so, and to sign for the long term with AS Monaco, playing with this magnificent squad, at a club which is full of ambition.”

Sporting director Paul Mitchell added, “Since his arrival at the Club, Caio has displayed an exemplary state of mind. His mentality and his qualities as a player have made him an important player in our squad. His work has enabled him to progress on a daily basis and raise his profile. We are delighted that he is with AS Monaco for the long term!”

Another player set to remain at the club is young Eliot Matazo. Monaco signed Mohamed Camara from Red Bull Salzburg on Sunday, and although the Mail international plays in the same position, there is reportedly no desire to allow him to leave on loan.

According to L’Équipe, Monaco won’t sign another central midfielder in order to not block the progression of other young midfielders and in order to afford them more playing time. As well as Matazo, Soungoutou Magassa and Félix Lemarechal have also impressed playing in the midfield pivot, and given the centrality of youth integration in the Monaco project, the club will not pursue further midfield reinforcements. That rules out any move for Leicester’s Boubakary Soumaré.

L’Equipe report that Matazo is set to feature again on Saturday against Lens and is not expected to depart in the final two weeks of the transfer window, despite interest from Freiburg, Bayern Leverkusen and Club Bruges.