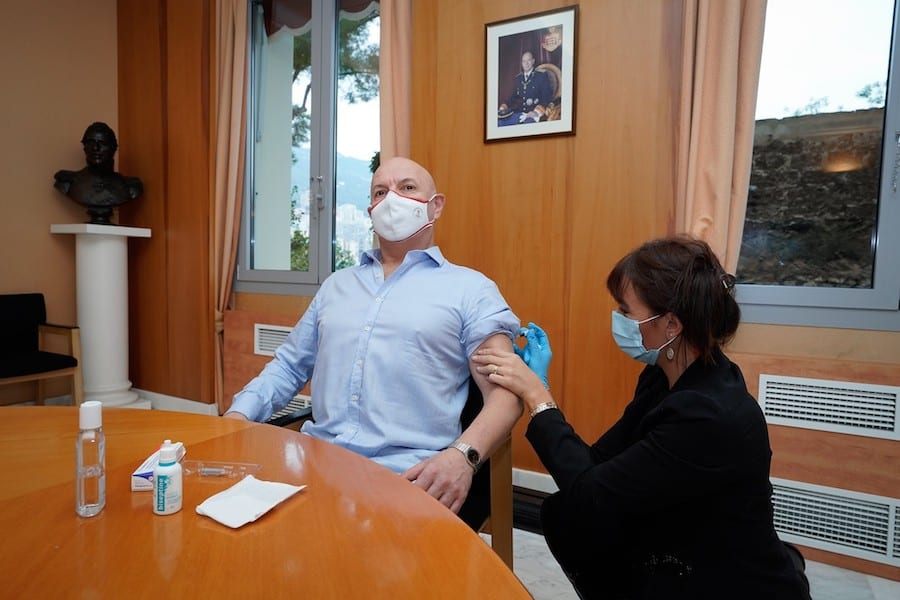 The second phase of the government’s mass flu vaccination campaign is now underway with the aim of protecting all citizens against the seasonal flu virus.
Four members of the Prince’s Government were vaccinated against the flu on Tuesday, marking the start of the next stage of the health campaign.
It follows the first phase initiated on 15th October, which was reserved for people aged over 65 years.
The flu vaccine is now available to anyone who resides in the Principality.
As the circulation of Covid-19 remains ‘very active’, the government is strongly recommending citizens take advantage of the initiative.
“It is important to do everything possible to limit the combined effects of the two viruses which could circulate at the same time,” said the government in a statement.
Each person residing in Monaco can obtain the vaccine at a local pharmacy by showing their Monegasque or resident identity card. The vaccine can then be administered by the pharmacist, an attending physician or a private nurse. The full cost of the vaccine can later be recovered from the State.
According to the government, “The goal of the Monegasque health authorities is to get as many people as possible to be vaccinated. For this reason, the flu vaccine is, this year, fully reimbursed for anyone affiliated with the Monegasque social security (SPME or CCSS) with or without a medical prescription.”