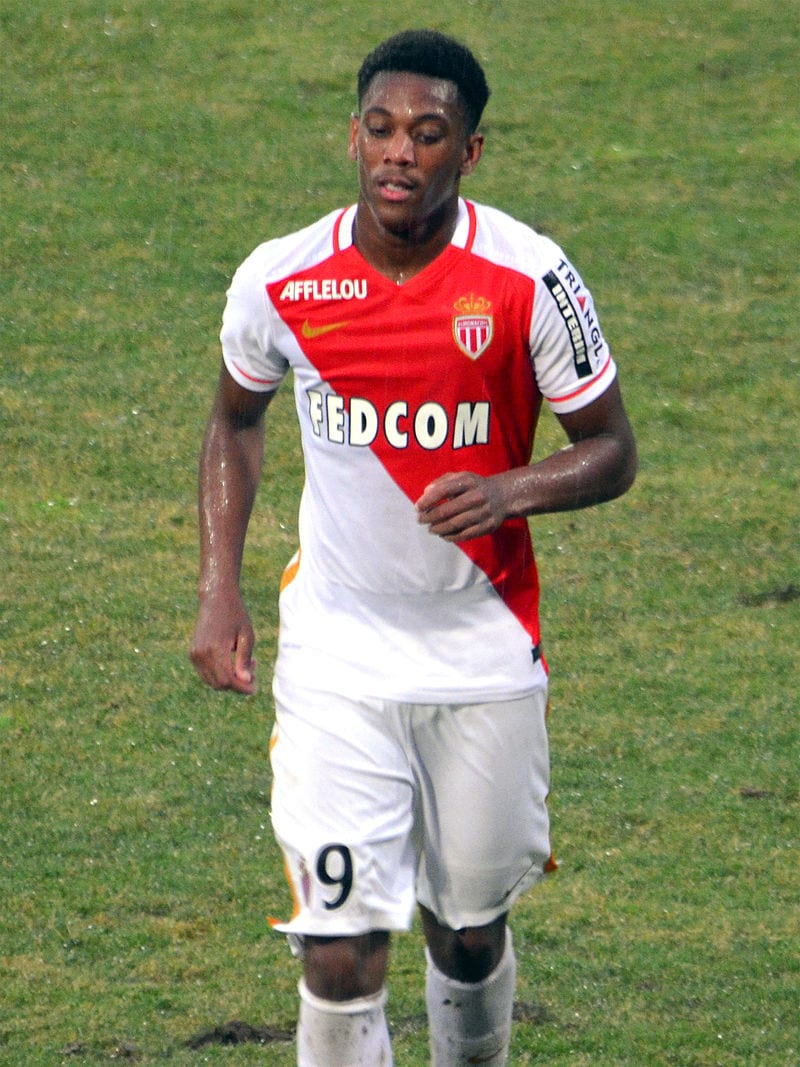 Young soccer star, Anthony Martial, has been accused of changing after his move from Monaco to Manchester United by his ex-wife Samantha Jacquelinet.

The 20-year-old was thrust into the spotlight this time last year after the Red Devils agreed a deal worth a potential £58 million to sign him from AS Monaco. He was forced to relocate with almost no notice and brought his wife and newborn baby with him, givemesport.com reports.

But while Martial started to flourish on the pitch for the Red Devils, his relationship with Samantha started to break down. His new lifestyle, bolstered by a massive weekly wage, only served to destroy the close connection they shared. Speaking to The Sun on Sunday, Ms Jacquelinet claimed Martial struggled to deal with the attention he was getting from girls, eventually leading to the alleged affair he had.

She said: “Everything changed. Footballers in England are like kings. They have so much money and attention it’s like they live in a different world. He was thrust into the limelight and it all just exploded. Young girls were throwing themselves at him.”

Finally, Jacquelinet revealed that Martial has so far refused to give her much of his fortune despite being the mother of his only child. The £95,000-a-week star is accused of offering to give her just £3,000 every month, a figure she is clearly unhappy with.

She said: “When we split I tried to work things out. He said I only wanted him for his money.

“But he was so stingy. Anthony told me he would rent a house for me. I found one outside Paris, but when I got the keys he said he was only going to give me £3,000 a month.

“Anthony has changed completely from the modest, shy and loving young man I met in Monaco and I firmly believe if we’d stayed there then we would still be together.”

Local News Staff Writer - January 13, 2019
The Pact renews the response of the international community to the challenges of large-scale forced displacement in support of host countries and refugees.

Photo: Alpha Stock Images/Nick Youngson[/caption] This article is part of an interview with Monaco Open for Business: Serge Pierryves, Director of Monaco's Business Development Agency (Direction de l'Expansion Economique). During the first year of a new business activity, Monegasque citizens or their spouses may apply for a grant or a loan to help them finance the setting up of a new business, on condition that the business is their only professional activity, that is, that they have no other paid activity. This aid can be obtained for any business activity for self-employed workers or companies in the sectors of commerce, industry, artisanal, professional and services. The grant consists of two components and is generally granted for a three-year period. The first component is a contribution towards the payment of rent for business premises to be used as the head office or main premises. It is paid in the form of a subsidy and is capped on a sliding scale each year (€710 per month in the first year, €510 per month in the second year and €300 per month in the third year). The second component covers contributions towards social charges for self-employed workers. In other words, the state will cover health and pension payments to the Caisse d'Assurance Maladie des Travailleurs Indépendants (CAMTI) and to the Caisse Autonome des Retraites des Travailleurs Indépendants (CARTI).

See also Financial aid for setting up a business in Monaco: the Pass Startup Programme

This grant represents more than €5,000 per year for each beneficiary, and an annual budget of around €650,000 for the state. Beneficiaries can also obtain an installation loan to help them cover any work needed to be carried out on the business premises and to purchase furniture, materials and stock. It can also be used to buy a business or a lease. The loan is capped at €100,000 (and 80 percent of the value of the investment), for a maximum period of ten years. The loan can be reimbursed in advance, at any time, without penalties being incurred.