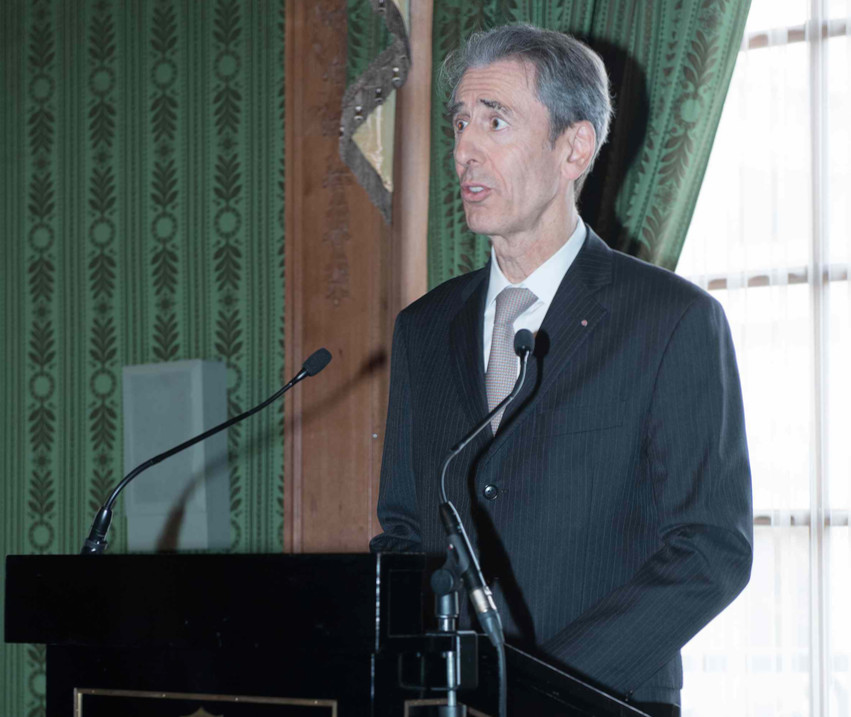 A Monegasque delegation led by Gilles Tonelli, Minister of Foreign Affairs and Cooperation, made a working visit to Lebanon from April 9 to 13, to strengthen friendship and cooperation between the two states.

The Monegasque delegation was received by the President of Lebanon, Michel Aoun. Other meetings with the Lebanese authorities facilitated discussions on the partnerships supported by the Monegasque Cooperation, in health, education and the socio-economic integration of the most vulnerable populations.

During the trip Gilles Tonelli signed a memorandum of understanding with the Regional Director of the European Institute of Cooperation and Development (IECD), Nicolas Pinton, in support of very small companies in North Lebanon.

At the invitation of Fondation Mérieux, the Lebanese NGO Amel and the Municipality of Douris, which Monaco supports, the Minister also took part in the official ceremony of laying the foundation stone of a Mother Child Health Centre in Douris. The facility, located in the plain of Bekaa, will improve maternal and child health in the region.

Bilateral cooperation between the two states was initiated in 1993. In the current context of the Syrian crisis and international efforts in support of Lebanon, the Principality wishes to direct part of the increase in its Official Development Assistance in favour of this country.

Today Lebanon is the first-ranking host country in terms of number of refugees compared to its national population, with one refugee for three Lebanese. Many of the refugees are displaced Palestinians who have lived in Lebanon for several generations.

Local News Stephanie Horsman - December 28, 2020
AS Monaco Basketball has finished their Jeep Elite year with a 77-71 win against Boulazac Perigord at an away game played at Le Palio.

A day to discover exploration yachting

Local News Staff Writer - May 9, 2019
The Monaco Yacht Club will be hosting the first ever Explorer Yacht Summit at the end of May, focusing on expedition yachting.