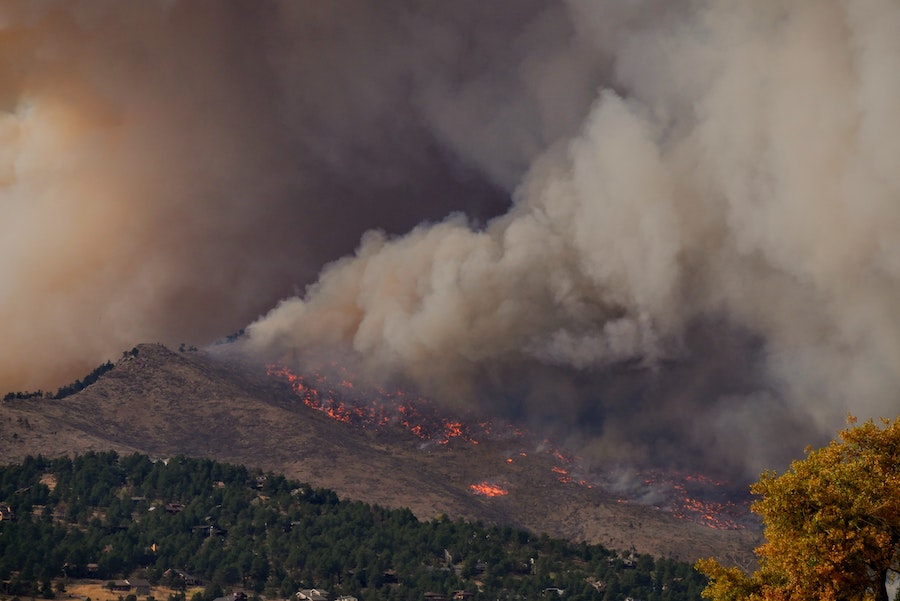 This summer’s catastrophic forest fire season in Europe has done more harm than the obvious, releasing record amounts of carbon emissions into the atmosphere. Officials say it’s the worst year France has seen since 2003.

The forest fires in France this summer have been making news all over the globe for the sheer number and destruction they have caused, but there is another victim in this calamity: the environment.

The fires have also burned their way through Spain and have been the worst carbon-emitters seen since record-keeping began. They have released vast amounts of CO2, whilst also depleting the number of trees that normally absorb it. This puts additional strain on already threatened ecosystems and is exasperating the already perilous global warming situation, according to experts.

Ypersele says that fires will become part of the yearly landscape, so “we have to prepare ourselves and try to take all the measures to reduce the risk by managing the forests and water in a different way, so that the consequences for humans and ecosystems are not too great. Global warming will continue to worsen if we don’t succeed in reducing CO2 emissions.”

Another casualty of the fires has been air quality. The fires release greenhouse gases, primarily CO2, methane and nitrogen oxides, which are toxic to humans, as well as aerosols, soot and tars, according to a Copernicus Report released by the EU. These elements affect the air that people breathe, and can be dangerous for those who suffer with respiratory conditions.

It is said that the French fires emitted a million tonnes of carbon, equalling the yearly output from 790,000 cars, between June and 11th August. As the year is nowhere near over, the last record set in 2003 with 1.3 million tonnes, is sure to be broken by this year’s end, says the report. In Spain, the records are already surpassed, showing that fires between 1st June and 17th July caused higher emissions than June to July totals from 2003 to 2021.

The fires were clearly made worse by the endless heatwave that blanketed much of the Iberian Peninsula and France this summer, also a result of climate change.

Once a fire is out and the smoke has dissipated, the impact on the climate is measured in terms of the number of trees that have burned. Once they are gone, plants can no longer play their role as “carbon sinks”, reservoirs that store atmospheric carbon using a natural or artificial mechanisms. Atmospheric chemist Sophie Szopa recently spoke to Ouest-France and said that forests in France capture one-quarter of the country’s CO2 emissions.

“Carbon sinks in France have been declining since the 1990s, partly because of growth and drought problems. Fires are an additional pressure,” she said.

A forest that has burned can take up to three decades to absorb carbon released during a fire, if they do not catch fire again in that timeframe.

The Copernicus Report also noted another unpleasant biproduct from this summer. There is an increase in surface ozone brought on by heat episodes such as the ones recently experienced. This ozone mixes with other air pollutants, such as car emissions, creating smog and being the precursor to other events, such as the “holes” created in the natural ozone layer witnessed in the 1980’s and 90’s.

“The potential impacts of very high ozone pollution on human health can be considerable, both in terms of respiratory and cardiovascular disease,” Parrington explained in the Copernicus report. “High values can lead to symptoms such as sore throats, coughing, headaches and an increased risk of asthma attacks. The Clean Air Alliance estimates that ozone pollution causes about 1 million additional deaths per year. That’s why it’s crucial that we monitor surface ozone levels.”

Van Ypersele said that “whether they are ready or not, our societies are going to be forced to reduce our climate footprint, if we want to be able to leave our children, our grandchildren, with a habitable planet,” warning that more extreme occurrences such as these will become part of the norm, causing more harm to the environment.

He also added that climate change cannot be brought under control until the world lessens dependency on fossil fuels, which are still a full 80% of the world’s energy providers.

“If we don’t fundamentally change the way this system works, which too often focuses on short-term profit without regard to the long-term consequences of the decisions that are taken, then unfortunately the environment and the climate in particular will be affected,” he explained.

Photo by Malachi Brooks on Unsplash