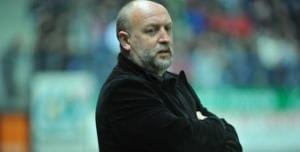 A former player for AS Monaco football club, Franck Dumas, has been sentenced in his absence to three years in jail for tax evasion. It was claimed in court in Caen that Dumas failed to declare revenues from 2011 until 2013 as coach for the Norman club, where he worked from 2005 until 2012.

The court heard that Dumas received €1.395 million from Caen in 2012. “In sport there are sometimes a few euros that evaporate,” said the President of the Criminal Court of Caen Christophe Subts. He said that the former Monaco player owes the French taxman a total of €557,496 for the period when he led Stade Malherbe Caen, before moving to Arles and later to Morocco, Laos and Cambodia.

The magistrate said that the attitude of the Caen football club was “scandalous” in making payments to a personal account. Dumas’ companion was also heavily criticised.

Tax inspector Michel Dieder said that Dumas had a reputation for “living large”. “He made substantial cash withdrawals. He apparently gambled at the casino. He had no difficulty squandering his money.”

Following the hearing, Dumas, currently residing in Equatorial Guinea, told the French sports magazine L’Equipe: “I’m obviously going to appeal. And I’ll be there at the [full] trial. Contrary to what I read, the court knew that I could not be here today. I warned everybody. What amazes me also is the decision that requires the sentence to be displayed on the door of the Stadium Ornano in Caen for a month.”

People across the globe, including sporting heroes and HSH Prince Albert II, have raised a white card in honour of International Day of Sport for Development of Peace this week.

News Stephanie Horsman - March 5, 2020
Despite playing to an empty house, the Roca Team had what it took to blow by UNICS Kazan on Wednesday night, securing the top spot in Group G of the EuroCup Top 16, and qualification to the quarter finals.

Sports Cassandra Tanti - September 8, 2019
Charles Leclerc has seen off a concerted attack by Lewis Hamilton to take out the Italian Grand Prix for Ferrari. The win comes just a week after Leclerc’s first grand prix victory in Belgium, signalling an incredible start to his F1 career.