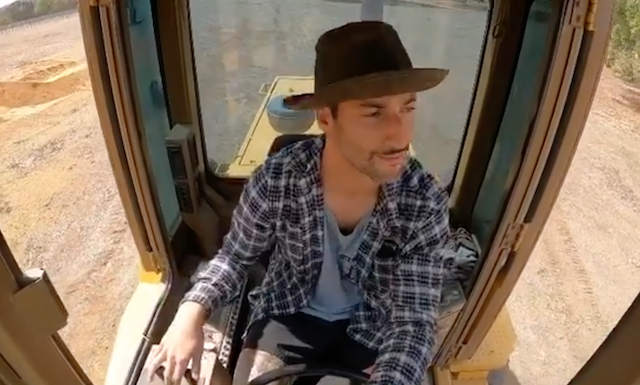 Australian Formula One champion Daniel Ricciardo has admitted he is disappointed by the early cancellations of the 2020 F1 season, particularly the Monaco Grand Prix.
Daniel Ricciardo’s Renault Racing Team hosted an Instagram Q&A video on Wednesday 25th March during which the 30-year-old champion – and Monaco resident – spoke about the mental toll the cancellations are taking. Speaking from his family’s farm in Western Australia, he noted that the Monaco Grand Prix in particular was a tough one to accept.
“I watched an onboard of Monaco last night and got a bit sad,” he touchingly said in the video. “I don’t really know where we’re going to be. That one hurt me. They’re all going to hurt, for sure, Melbourne being so close as well. The reality is setting in, unfortunately.”
Ricciardo was the winner of the 2018 Monaco Grand Prix and was obviously hoping to repeat history. He made headlines when he took a fully clothed celebratory dive into the Red Bull pool – a standout image of the 2018 season. During Wednesday’s Q&A, Ricciardo obligingly jumped into his swimming pool after agreeing to do so if enough people urged him to, and revealed his other activities in self-isolation involved driving buggies and watching the sheep being sheered.
Another way he is keeping busy – driving a tractor around the farm, as he shared in this instagram post.
https://www.instagram.com/p/B-CBjMkJM7f/?utm_source=ig_web_copy_link
The first eight races of the 2020 Formula One season have been called off due to the coronavirus. Hopes are currently still alive that the season will be abridged and not fully cancelled, with Formula One Group CEO Chase Carey saying he anticipates a 15-18 race season, though no one is sure when the new starting date will be.
As of now, the 14th June Canadian Grand Prix is still on, but there are serious doubts as to whether this will realistically happen especially in light of cancellations and postponements of other sporting events as far off as August, and the 2020 Tokyo Summer Olympic Games.
With so many countries now on lockdown, drivers have been forced to return home to continue training remotely. Ricciardo credits training with keeping things relatively normal.
“Training’s definitely the thing that’s keeping me with that competitive mindset,” Ricciardo said. “You get a bit of anger out when you train, so that’s been my medicine for now. I feel like now is kind of perfect to get in shape. We’re forced to stay in, there’s no jet lag, there’s no airports, we can really create like a training camp which we don’t always have. It’s been nice knowing we’ve got time, we don’t have to rush it. I think you’re going to see a lot of drivers and people in general, whenever this is over, all pretty fit I hope.”
This year will be the first time the Monaco Grand Prix has not been raced since 1954.