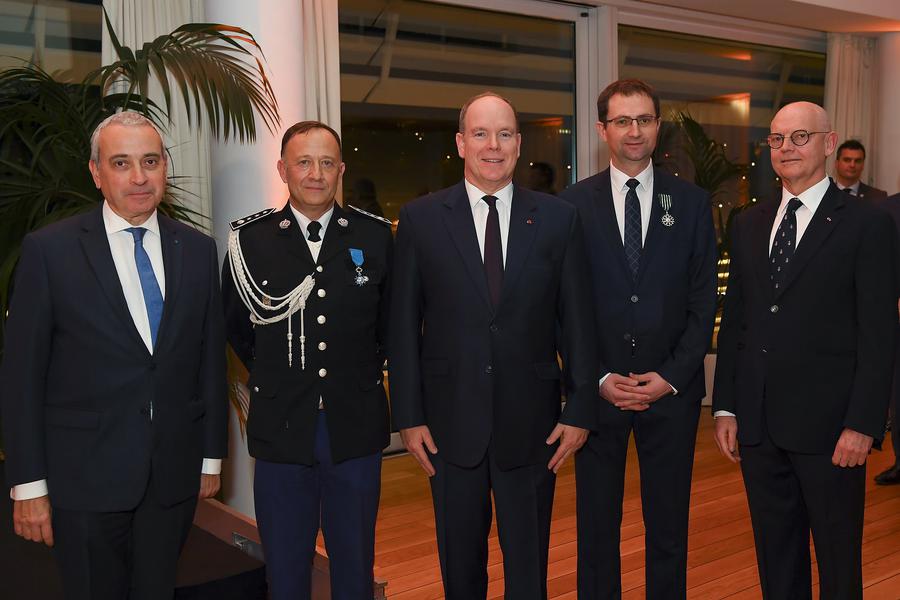 Thomas Fouilleron, Director of Archives and Prince’s Palace Library, and Colonel Tony Varo, Superior Commander of the Public Force, have been distinguished by the French High Authorities.

The ceremony took place on Friday 10th January in the presence of HSH Prince Albert, Minister of State Serge Telle, and numerous personalities.

Laurent Stefanini, Ambassador of France to the Principality, said that these distinctions “recognise two eminent Frenchmen from Monaco for their commitment to the service of the Principality but also their exemplary contribution to strengthening good relations between Monaco and France.”

Thomas Fouilleron, recipient of the Ordre des Arts et des Lettres, concluded his address with a promise: “Rest assured, Monsignor, Mr. Ambassador, that I will endeavour to continue working for this Monegasque sky, for these forces of spirit, of the arts and of letters, with the same enthusiasm and the same determination.”