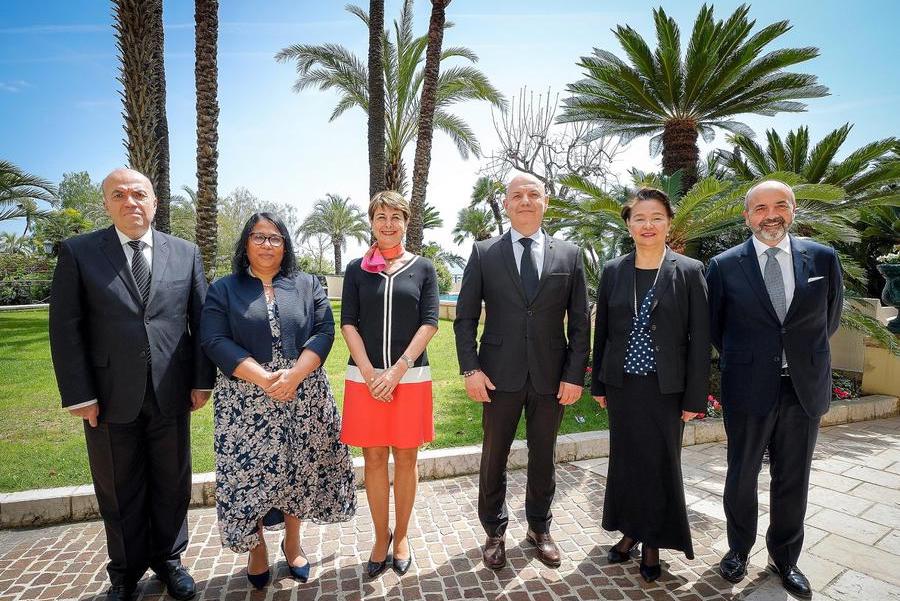 A lunch reception was held on 26th April to receive the four newest diplomats to arrive in the Principality. Isabelle Berro-Amadeï, Minister for External Relations and Cooperation, greeted them at the Hermitage Hotel, where they met after presenting their letters of credence to Prince Albert II that morning.

The Ambassadors come from Timor-Leste, the Philippines, Norway and Bulgaria and are all well-qualified for their postings.

Maria de Lurdes Bessa began her career in diplomacy in 2001 at the Embassy of Timor-Leste in Portugal and then in the United States where she was until 2012. She is currently Ambassador Extraordinary and Plenipotentiary of Timor-Leste in Switzerland as well as Permanent Representative to the United Nations Office and other international organizations in Geneva.

Junever M. Mahilum-West joined the Ministry of Foreign Affairs by serving as Deputy Secretary of the Association of Southeast Asian Nations (ASEAN) Affairs Office. She was then appointed Director General of the ASEAN-Philippines Secretariat. She is currently Ambassador Extraordinary and Plenipotentiary of the Philippines to France, Jordan and Palestine.

Graduating with a Doctorate in International Relations, Nikolay Milkov held various positions within the Bulgarian Ministry of Defence starting in 1992. In 2001, he entered the world of diplomacy and became Ambassador of Bulgaria to Romania, then to Canada, in 2013. Since 2021, he has been Ambassador Extraordinary and Plenipotentiary to France, Permanent Representative to UNESCO and Personal Representative of the Head of State to the OIF.