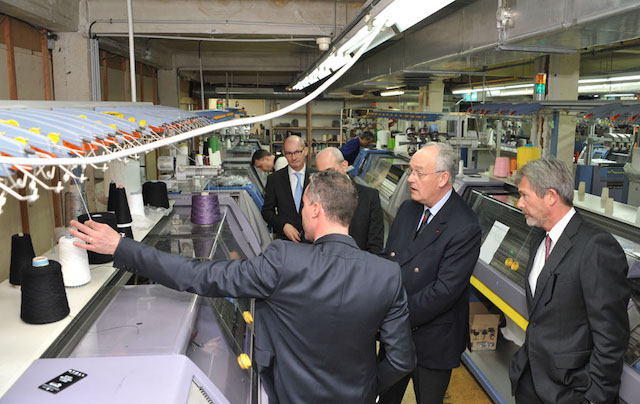 The fourth meeting of the Covid Joint Monitoring Committee between the Prince’s government and the National Council was held Wednesday, focusing on decisions made and to be taken in this next phase of crisis management.

The government and National Council had a free flow exchange regarding the health situation and the supply of medical equipment available in the Principality at their latest meeting held on 15th April. The government confirmed that, after consultation with the Council, they were in the process of purchasing reusable fabric masks from Monegasque company Bettina. The company has agreed to supply 80,000 Army Health Service certified masks per month.

Information regarding serological tests was also discussed in terms of acquisition.

Both entities shared views on added measures to support businesses and safeguard jobs during the lockdown. The government would like to see a continual adaptation to the changing situation, adjusting when necessary, to ensure the least amount of suffering for all.

The measures that were agreed upon are as follows.

1. Within the framework of the Guarantee Fund, for any request for a cash loan / overdraft authorisation of less than €50,000, the credit institution may, at the end of its internal procedure, release the sums requested without having to ask the Guarantee Fund for its prior agreement.

The Guarantee Fund will continue to be the recipient of all the credit files granted by the banks, will study and identify them, and if necessary, report any observations to one or other of the establishments.

2. The income threshold for the eligibility of the self-employed working in their personal name, to the payment of the Extraordinary Minimum Income (RME), is now set at €12,000 over the year and €3,000 over the quarter, thus making it possible to broaden the number of people likely to benefit.

3. The aid initially provided to small structures (APS), is now extended to companies registered in the Trade and Industry Register, to the exclusion of foreign companies, which achieve an annual turnover less tax, at €1.5 million and who have suffered, since March 1, a drop in monthly activity of at least 50% compared to the previous year in the same period. In order to simplify the procedures for companies, requests for the granting of Aid to Companies (AS) are essentially based on a declaration on their honour by the legal representative of the company, or duly authorised, and will give entitlement to payment in April, May and June, for the months of March, April and May, direct State aid of a lump sum of €5,000 / month. The procedures and documents required will be specified on the website of the Public Business Service, knowing that in the next few days, requests will all be made online on this same site.

4. For the sake of fairness, for persons carrying out their activity in their personal name, additional aid in the amount of €3,200 will be paid to RME beneficiaries, for the months of March, April and May 2020. Total monthly aid thus paid to each beneficiary will amount to €5,000.

The committee says that these new or modified procedures are the product of the hard work put forth by both sides to ensure no one falls through the cracks financially as a result of the current situation.

Both the government and the National Council are in accord, agreeing that preservation of jobs is the quickest path to economic recovery after the crisis passes. To this end, they announced that the first payments to employers had been made to the Reinforced Total Temporary Unemployment (CTTR) fund on 13th April. More will be forthcoming in the next days.

From a legislative angle, the government is protecting jobs by reviewing a bill that is on the table prohibiting unfair dismissals, making telecommuting mandatory for positions where this is possible and carrying out other Covid-related measures.

The meeting was wrapped up with a discussion about the proposed amendments to the 2020 budget, the new draft of which will be submitted to the Council on 21st April. Finally, the €1,000 bonus for workers on the front lines of the epidemic was touched on, in terms of whom the recipients should be.

The next Joint Monitoring Committee meeting will be held on 23rd April.

Photo: Minister of State Serge Telle at the Bettina factory in Monaco during a previous visit, courtesy Monaco Government