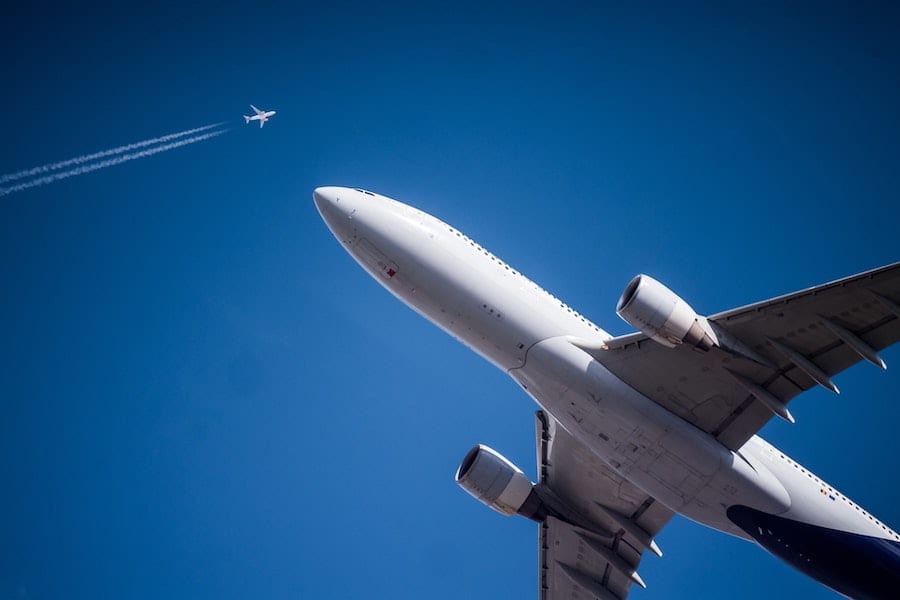 French lawmakers on Saturday voted to scrap flights on routes that could be covered by train in under two and a half hours, as the government aims to expand its climate bill despite the airline industry struggling through the pandemic.
The National Assembly’s new proposal to stop certain short hop domestic airline routes has echoes of the Citizen’s Convention for the Climate demands, though it is not quite as stringent as the original. The Citizen’s Convention had lobbied for national flights to be stopped on routes where the train journey is less than four hours.
The government set a maximum of two and half hours.
“We chose (the threshold of) two hours and 30 minutes because four hours dries up often landlocked territories such as the great Massif Central. It would be unfair in terms of territorial equity,” explained Jean-Baptiste Djebbari, France’s Minister for Transport.
The bill follows one introduced in May 2020 that forced Air France to drop certain routes in return for financial support. The state recently committed to a €4 billion bailout for the national carrier.
Industry Minister Agnes Pannier-Runacher dismissed criticism from the aviation industry that a pandemic recovery was not the time to ban some domestic flights, and said there was no contradiction between the bailout and the climate bill.
“We know that aviation is a contributor of carbon dioxide and that because of climate change we must reduce emissions,” she told Europe 1 radio. “Equally, we must support our companies and not let them fall by the wayside.”
The measure was far from universally popular though, as parliament members from the southwest, namely Toulouse where Airbus and many subcontractors are located, had concerns about “disproportionate human cost” and cited the possibility of job losses in the sector.
On the other side of the argument, ecologists say the bill doesn’t go far enough and are pleading for the legislature to reconsider the initial four-hour radius.
A threshold of four hours would eradicate the most greenhouse gas-emitting lines such as Paris-Nice, Paris-Toulouse and Paris-Marseille, insisted Danièle Obono from the LFI party.
The bill also provides for a gradual offsetting of carbon emissions by domestic flights and a ban on the expansion of airport facilities if they lead to an increase in emissions.
The bill will go to the Senate before a third and final vote in the lower house, where French President Emmanuel Macron’s ruling party and allies dominate.