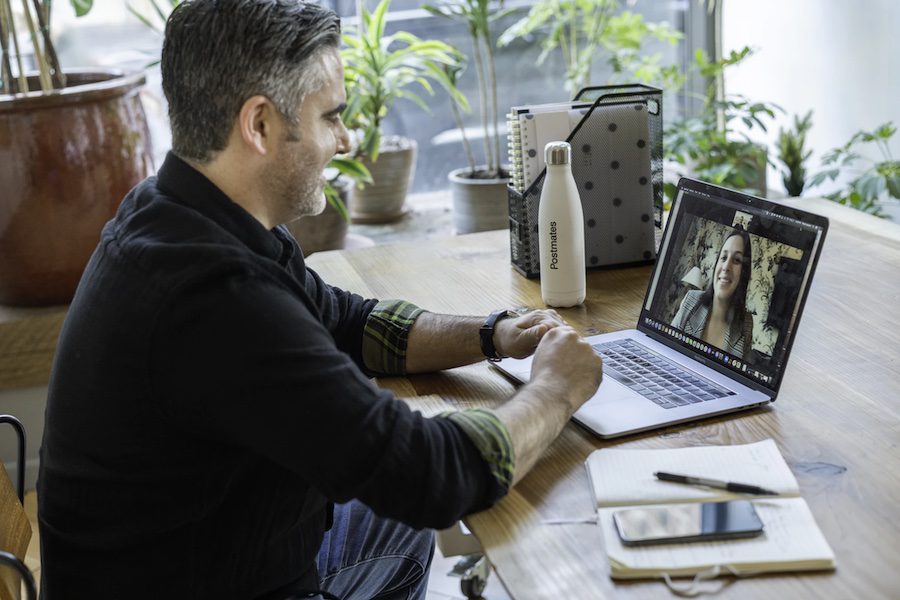 France has ordered its citizens to return to working from home as much as possible from Monday in an effort to curb the spread of the Omicron variant of the Covid virus, however schools will remain open.
Depending on perspective, the New Year will be bringing good or bad news for workers in France, as Prime Minister Jean Castex announced on Monday evening that there will be a return to telecommuting where possible from 3rd January.
The Prime Minister said that “from the beginning of the school year, the use of teleworking will be mandatory in all companies and for all employees for as many days as possible, a minimum of three days and if possible four days a week.”
A recent survey by Harris Interactive indicates that 60% of employees can work from home with ease.
For those who must return to the workplace, the usual list of measures apply including social distancing, hand washing and face mask wearing.
Castex also announced that for the next three weeks there will be limits of 2,000 people for indoor venues and 5,000 people for outdoor events. Reserved seating is required. Eating or drinking at cinemas, sporting events and on public transportation has also been banned for this period. Additionally, nightclubs will also be closed.
The government insists that schools will not be affected during this period and that children are able to return to classes as scheduled on 3rd January. Monaco has joined the French in saying that schools will not close in the Principality.
Meanwhile, the government has not imposed any major restrictions on New Year’s Eve festivities, though they are asking that big parties and dinners “be limited”.
The new measures come as officials have warned that hospitals in France again risk being overwhelmed after a record 100,000 cases were reported Saturday, the highest daily level in France since the pandemic began nearly two years ago.