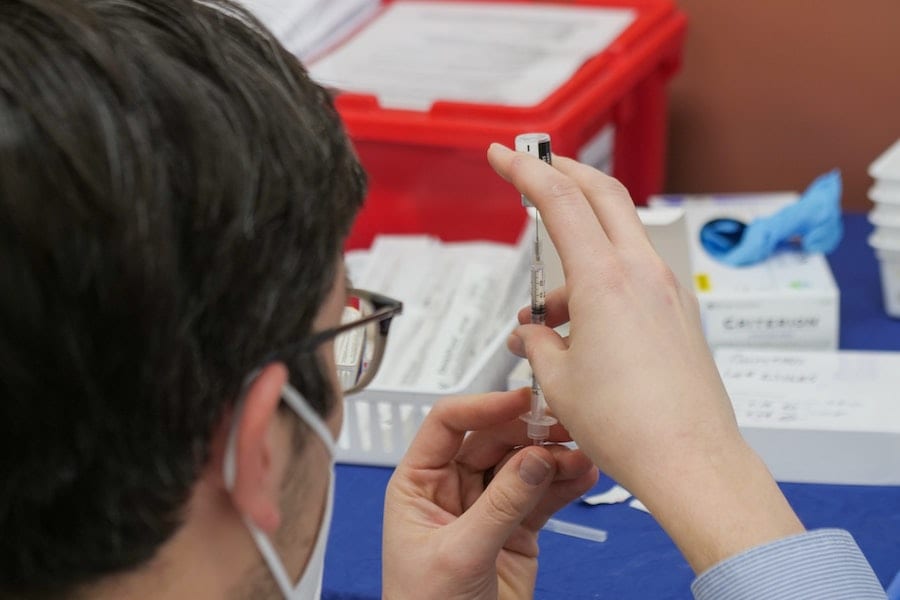 The French government is inviting people aged over 65 with pre-existing conditions to now get AstraZeneca’s Covid-19 vaccine, revising its stance on the issue.
Last month France approved use of the vaccine for under-65s only, citing lack of data for older people.
But the government has since made a reversal on this stance.
“People affected by co-morbidities can be vaccinated with AstraZeneca, including those aged between 65 and 74,” France’s Health Minister Olivier Véran said on television, adding that the jab will be available from GP surgeries, hospitals and from pharmacies “within days”.
It comes as the French Health Authority (HAS) on Tuesday gave its recommendation that the Oxford-AstraZeneca vaccine be used for people of all ages, including people aged 65 and over.
In a statement, the HAS, which initially recommended the vaccine only for people under 65, cited “encouraging” preliminary results of a large-scale study on the impact of the vaccine on Covid-19 hospitalisations among the Scottish population as the reason for its change.
The Oxford-AstraZeneca vaccine is widely used across the UK, but several EU countries are still limiting it to the under-65s, including Germany.
The EU drugs regulator has approved it for all adults, but it is up to each member to set its own roll-out policy.
South Africa has delayed the start of its inoculation programme using the AstraZeneca jab over concerns the treatment does not work against the new variant of Covid that originated in the southern African country.
Canada’s immunisation commission on Monday advised against giving the AstraZeneca vaccine to over-65s, saying clinical trial data for that age group was too limited.
Currently, only the Pfizer/BioNTech vaccine is available in Monaco.