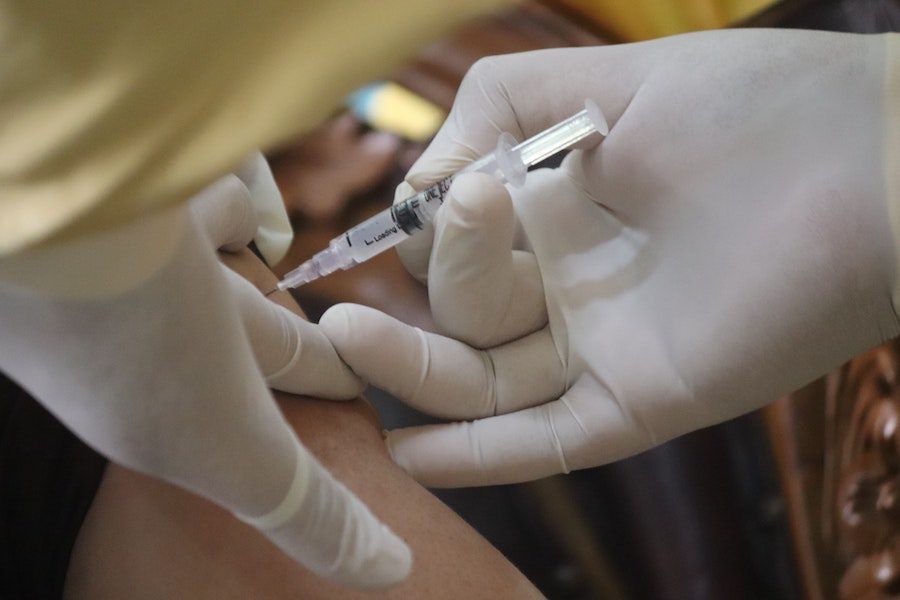 France will make Covid-19 booster jabs available to all adults from this Saturday, Health Minister Olivier Véran announced on Thursday, ruling out curfews and lockdowns to curb a fifth wave of infections.

Veran told a press conference in Paris “We still have fate in our hands”, although he warned that the fifth wave of infections “will be longer and tougher” than the fourth.

He said the government would make a third dose of the vaccine available to all people aged 18 or above as of Saturday, adding that France had sufficient supplies of vaccines.

From 15th January, booster shots will become a requirement for a valid health pass.

The minister said health regulators will examine whether or not children aged five to 11 should have the Covid-19 vaccine, though he said no decision will be made before 2022.

Monaco made third dose vaccines available to all adults in early November.

The number of infections is doubling every 11 days in France but officials said there was no need to follow European countries such as Austria that have reimposed lockdowns.

Putting more pressure on people not yet vaccinated, Veran also said PCR tests would only be valid for one day – instead of 72 hours currently.

France’s health minister said at this stage he doesn’t foresee imposing either a lockdown or a curfew.

Meanwhile, Italy has imposed new restrictions on the unvaccinated, sharply limiting their access to public venues. From 6th December, unvaccinated people in the country will not be able to enter cinemas, restaurants and sports events, as announced by Prime Minister Mario Draghi late on Wednesday.

Only those holding the “super green pass” (proof of full vaccination rather than a negative test or proof of recent recovery from the virus) will be able to enter many indoor spaces.

“We want to be very prudent to try to safeguard what Italians have achieved in the last year.”

Monaco makes third shot available for everyone over 18

Monaco donating thousands of vaccines to WHO...

Lifestyle & Wellbeing Stephanie Horsman - July 16, 2021
Prince Albert II has announced that Monaco will be giving away 15,600 doses of Covid vaccine to countries that are having difficulty obtaining the life-saving drug.