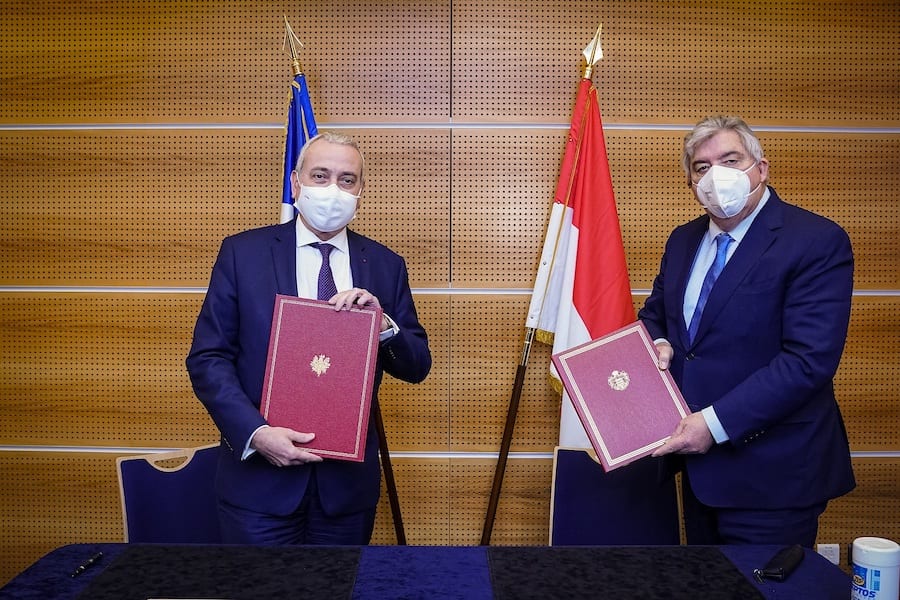 Monaco has asked to be considered as part of any vaccine passport scheme that the European Union puts in place during the Covid pandemic, it was announced at the annual meeting of the Franco-Monegasque Cooperation Commission.
The annual Franco-Monegasque Cooperation Commission met on Thursday in Monaco by videoconference to discuss numerous topics concerning relations between the two countries as well as the possibility of an association agreement between Monaco and the European Union.
Amongst the many topics discussed was the issue of ongoing negotiations surrounding a possible association agreement between the European Union (EU) and Monaco.
Both France and Monaco agreed to take the specific needs of the Principality into consideration in any future draft in order to preserve Monaco’s “internal balances”. They also were clear that the EU agreement would not affect current Franco-Monegasque conventions already in play necessary for the special relationship the two nations share.
Monaco has had a permanent relationship with Brussels since 1999 when they accredited an Ambassador to the EU. They have been part of the customs territory since 1968, as it is part of the customs union with France, as well as being part of the European VAT system.
Since 18th March 2015, the Principality has been officially engaged in negotiations with the EU aimed at reaching a balanced agreement, which will allow Monaco to participate as fully as possible in the EU’s internal market, while ensuring respect for the Principality’s vital interests, taking into account its unique geographical, demographic and economic features.
The two countries agreed that France would share Covid vaccinations as part of a 2017 agreement on general inoculations, while the Principality asked to be considered as part of any vaccine passport scheme the EU puts in place.
The meeting also touched on matters of e-health, whereby Monaco’s doctors are granted French Health professional cards and that the two countries can access, without boundaries, patient medical files with the patient’s consent. Finally, it was agreed that medical interns would follow French curriculum and standards.
Two points were discussed with regard to labour. The first concerns French training systems for job seekers residing in Monaco. The second deals with the financing of temporary total unemployment measures allowing Monegasque companies to retain their staff and thus avoid dismissal in the event of temporary difficulties.
At the end of the meeting, two new agreements were signed, specifically to amend an agreement relating to the mutual recognition of artistic education courses that concerns the Monaco School of Plastic Arts, and an administrative arrangement for cooperation in diver’s training.
The next meeting will be held in 2022 in Paris.