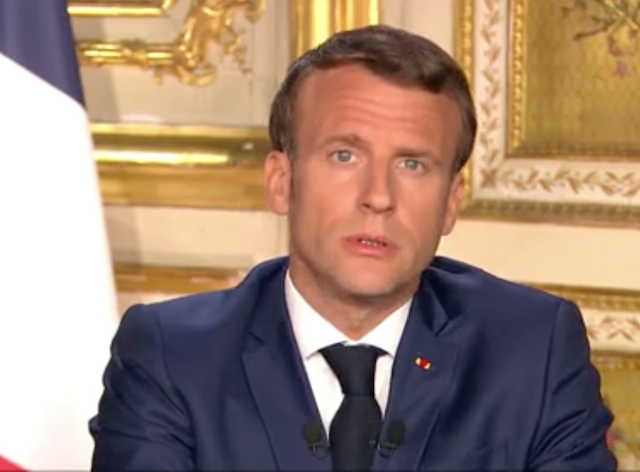 The lockdown in France will be gradually lifted from 11th May, however the Schengen border will remain closed for months to come.
French President Emmanuel Macron gave his third address to the nation on Monday night, announcing that strict confinement would continue for another month. He stressed that this would only be possible if France “continues to be civil, responsible and respect the rules.”
On 11th May, creches and schools will open gradually, while students in higher education and university will not return to class until September.
The most vulnerable members of the community – the elderly and those with severe disabilities and chronic illnesses – “must remain confined even after 11th May, at least initially.”
Public establishments such as restaurants, cafes, cinemas, gyms and museums will remain closed “at this stage”, while festivals will only be allowed to go ahead after mid-July.
“The situation will be collectively assessed from mid-May, every week, to adjust things and give you visibility,” said the president.
France’s borders with non-European countries, however, will remain closed “until further notice”.
The head of state said that by mid-May, France will have a test for each person with Covid-19 symptoms and a general public mask for each person in the country. Masks could also become “systematic” in certain situations, like on transport and for certain professions.
Macron announced “a specific plan” for sectors, like tourism, hotels, catering, culture and events, which will be “permanently affected”, including the cancellation of charges and financial aid.
The president conceded early in his speech that France was “not sufficiently prepared” for the pandemic. “Like all the countries of the world, we lacked gloves, hydroalcoholic gel …”. However, he said, thanks to the efforts of the French, the country has multiplied the production of masks in recent weeks by five.
In ending his speech, President Emmanuel Macron called on everyone to “think outside the box” in the coming weeks, to reinvent themselves and prepare for what’s to come.
“Me first,” said the president. “In this crisis, there is an opportunity for us to reconnect, to test our humanity, to build another project in harmony… I will try to draw the path that makes this possible. My dear compatriots, we will have better days and we will find happiness.”