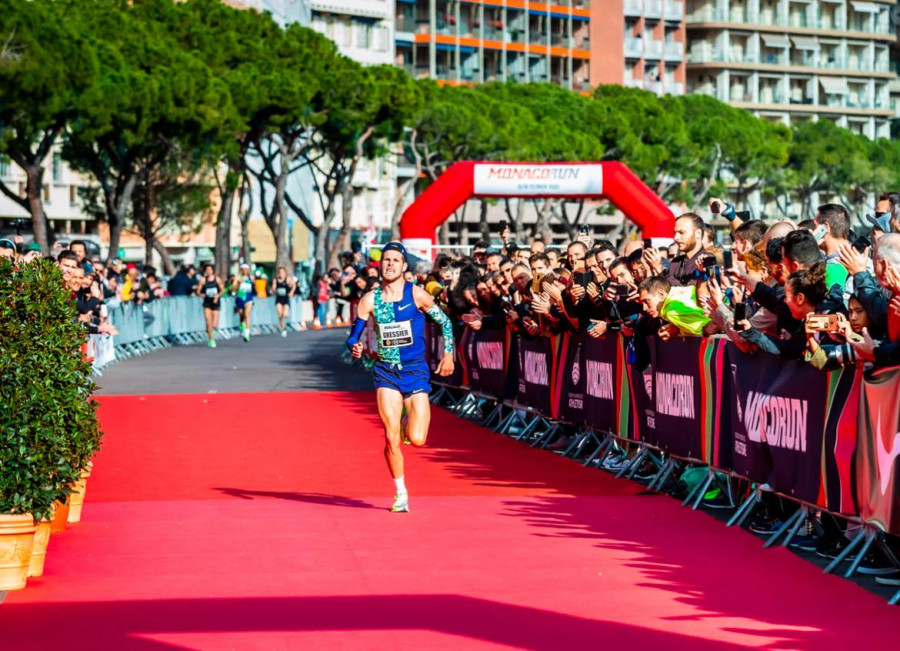 Jimmy Gressier, who holds the record for the quickest Frenchman over five kilometres, will participate once again in the Monaco Run, where his initial record was set.

Gressier returns to the Principality, three years after setting his record. In 2020, the French athlete ran a 13:18, at the time a European record. Italian runner Yemaneberhan Crippa has since beaten that record, but the time is still the fastest ran by a Frenchman over a five-kilometre distance. He will be hoping to improve upon his record on his return to Monaco early next month.

The Monaco Run, which recently obtained the World Athletics Label returns on Sunday, February 12th and will begin in Port Hercule, running almost the entire length of the Principality on its way to the Monte-Carlo Bay. It is the first time in three years that the event will take place without Covid-related disruption.