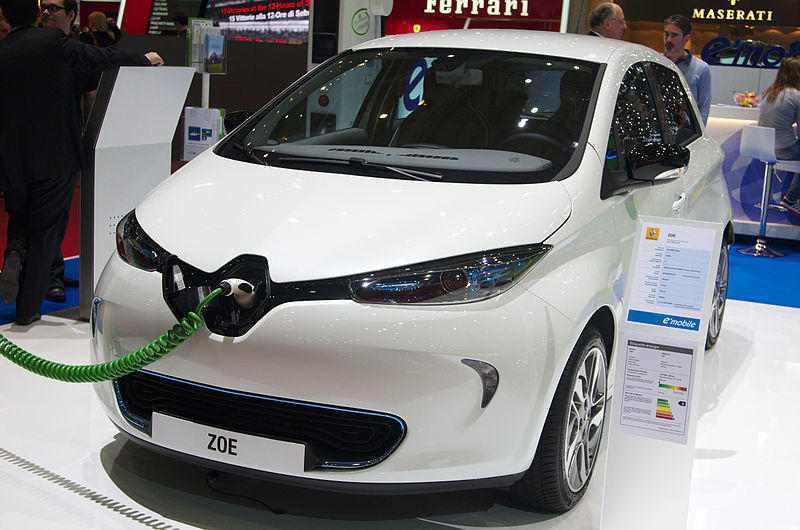 France’s environment minister Nicolas Hulot wants to the end of the sale of petrol and diesel cars by 2040. Beyond that date, no new diesel or petrol cars will be sold in France, Mr Hulot said on Thursday, July 6.

Presenting his climate plan at a press conference, he said that the move would be “a real revolution”. Not only will the banning of cars with internal combustion engines help fight climate change, it will also have a positive impact on health, he said. French automakers have the capacity to achieve the desired result, the minister said.

Drivers will be offered a premium to trade in their old polluting vehicles, a “transition bonus” that will replace a pre-1997 diesel vehicle or pre-2001 petrol car with a new or used cleaner vehicle. The Minister did not specify the amount of the premium. Earlier this week Volvo said it will stop making petrol or diesel-only cars in 2019, but will switch to hybrid or battery-powered systems.

Ayrton Senna driving the McLaren MP4-8 during practice for the 1993 British Grand Prix. Photo: Martin Lee[/caption] The ex-Ayrton Senna, record-setting, final Monaco Grand Prix-winning, 1993 McLaren-Ford MP4/8A Formula 1 racing single-seater is to be offered at Bonhams Monaco sale on May 11 – the 25th anniversary of its record-breaking Monte Carlo victory. The car will be on view at Le Grand Palais, Paris, on February 6-8, the auction house announced. This startlingly well-preserved, running-order Formula 1 car won the 1993 Monaco Grand Prix in the hands of the legendary Brazilian three-time Formula 1 World Champion Driver, rated by many as the greatest of all time. Ayrton Senna won a record six editions of the prestigious round-the-houses Monaco Grand Prix. Mark Osborne, Bonhams Global Head of Motorsport, said: “Ayrton Senna was the most charismatic Grand Prix car driver of the modern era, and the MP4/8A was the car with which his team, McLaren, surpassed Ferrari as the most successful team in Formula 1 World Championship history. “This particular chassis, number 6, cemented Senna's legend as The Master of Monaco. We at Bonhams are both honoured and thrilled to be presenting one of the most significant Grand Prix cars of all time. It is his Monaco winner, it is a runner, and now it could be yours.” The 1993 season was Senna's last with McLaren. The great team had just ended its long and successful partnership with Honda for engine supply, and would link up with Peugeot in a new Formula 1 racing partnership from 1994. For the interim 1993 season, a last-minute agreement had been struck with Ford to run their Cosworth-built 'HB' V8 engines on loan. Ayrton Senna was initially sceptical that these compact Ford V8 engines would be able to compete with the dominant Renault V10s as deployed by the Williams team, led by the Brazilian's former teammate and deadly rival, Alain Prost. Senna consented to remain with McLaren on a race-by-race basis, in return for a rumoured $1-million fee for every start. However, the team's latest McLaren-Ford MP4/8A model (like chassis '6' now being offered by Bonhams) demonstrated such technological and mechanical sophistication that by season's end, it was one of the most competitive of all contemporary Grand Prix car designs. Ayrton drove this actual car – the McLaren-Ford MP4/8 chassis number 6 – in no fewer than eight of the 1993 season's Formula 1 World Championship-qualifying Grand Prix races. In his debut with the brand new car at Barcelona's Spanish Grand Prix he immediately finished second overall, headed only by Alain Prost's Williams-Renault. For the following Monaco Grand Prix, he experienced an apparent problem with the car's ultra-modern “active” suspension system, which sparked a violent crash into the barriers at Sainte Devote corner. The incident unfolded so suddenly that even Senna was unable to let go of the steering wheel in time, and the impact painfully injured his thumb. Chassis 6 was then repaired in time for Saturday running, and he qualified third fastest behind Prost's Williams-Renault on pole and Michael Schumacher's Benetton-Ford second. Prost then jumped the start, incurring a 10-second stop-go penalty, to be served in the pit lane. Schumacher then led the race from Senna until lap 33, when the Benetton-Ford retired with hydraulic failure. Senna promptly took control of the great race, 15 seconds ahead of Damon Hill's Williams-Renault. As the great Brazilian took the Monaco chequered flag for his sixth time, he broke Graham Hill's record for the most Monaco GP victories, set back in 1969.

The Municipality is promoting the summer solstice Music Festival on June 21 on Port Hercules. Admission will be free to the concert featuring Naâman, who is descirbed as “the reggae revelation of recent years.” His third album, Beyond, released in autumn 2017, goes further in Naâman’s musical aspirations. He immerses himself in Soul, borrows from Latin music, and takes up Caribbean rhythms. “This eclecticism allows him to share more his philosophy of life,” the organisers say. The mid-summer Music Festival makes the most of the light evenings and starts at 9 pm. Later in the year, the mairie will welcome Bernard Lavilliers on October 11 and on December 1, Ary Abittan. Tickets are still available, at €37 and €34, respectively.