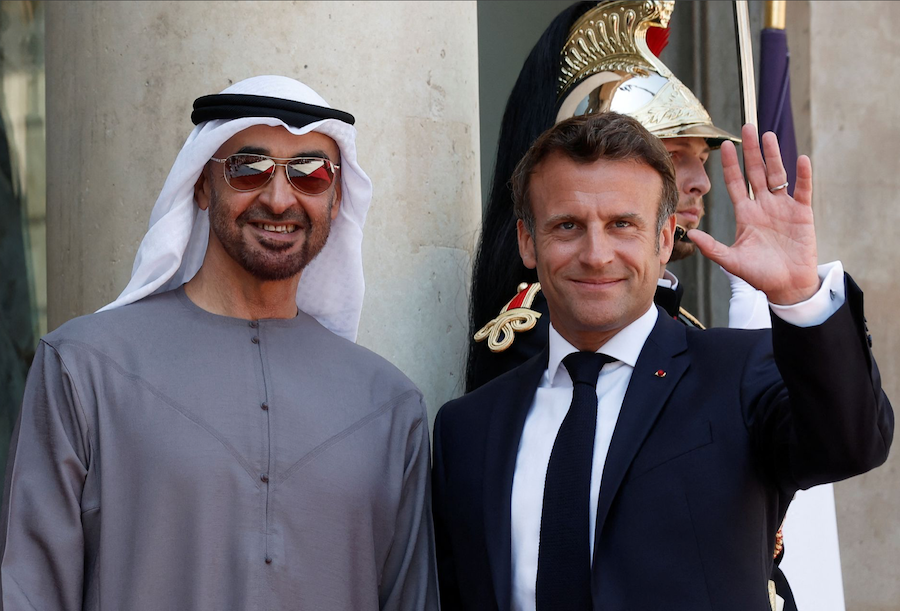 The French government has released a statement saying that France and the United Arab Emirates (UAE) have made a deal to work together on projects in the hydrogen, renewable and nuclear energy sectors.

The UAE has materialised as a strategic partner for many countries who are currently looking for a way around importing energy from Russia. Europe has been spooked by the shortfalls facing them due to the sanctions against Russian energy following President Putin’s invasion of Ukraine.

“In the currently uncertain energy context, this agreement will pave the way for a stable long-term framework for cooperation, opening the way for new industrial contracts,” the statement went on to say.

The two leaders fashioned the deal between French energy supplier Total Energies and the UAE’s state oil company, ADNOC. France is particularly enthusiastic to procure a steady supply of diesel from the country.

“The UAE is keen to support energy security in the world in general and in France in particular,” Sheikh Mohamed told Macron, according to Emirati state news agency WAM.

The Middle Eastern nation has said they are now turning their attention to supplying energy to Europe after 40 years focusing on the far east. France joins the United States in wishing to work closer with the Emirates to secure energy. President Joe Biden recently attended a meeting between the United States, the Gulf Cooperation Council (GCC) and Egypt, Iraq, and Jordan, and was overheard speaking to President Macron at G7 in June about energy supplies from the Middle East.

The move is not without controversy. Human Rights Watch said in a statement on its website that Macron’s “search for alternative supplies seems likely to reinforce France and the UAE’s already close ties” but that the meetings “should not include giving the crown prince a pass on the UAE’s atrocious human rights record.”

Sheikh Mohamed, who also goes by MBZ, was on his first overseas state visit since taking office in May following the death of his half-brother.