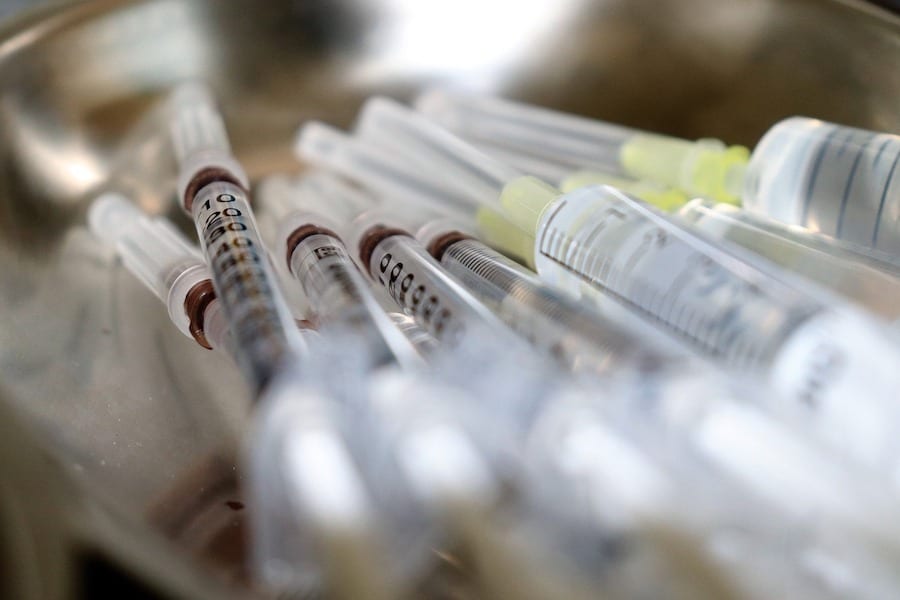 Several French manufacturing sites will begin to produce Covid-19 vaccinations from various labs this week to help boost the number available. It comes after the World Health Organisation condemned the EU for its “unacceptably slow” rollout.
As it currently stands, five sites will produce the Pzifer/BioNTech jab, including one in Saint-Remy-sur-Avre, west of Paris, which is expected to roll out tens of millions of doses. The Moderna vaccine is set to begin production in the Loire Valley at a facility owned by Recipharm. Finally, the Johnson & Johnson jab will be packaged by Sonofi’s labs near Lyon from 19th April.
These facilities will not be making the vaccines themselves, but will be filling, finishing, checking and freezing the shots to be distributed.
A bit later down the line, Farva in the Pyrenees town of Pau will fill and finish the CurVac jab from Germany, but this is subject to authorisation. If it happens, they will churn out two million doses each month.
From here, the inoculations will be distributed throughout the European Union and Monaco.
“France is on the point of tipping over into massive vaccine production,” Thierry Breton, EU Commissioner for the Internal Market, told Le Parisien on Sunday, adding that he believed the EU would achieve herd immunity by mid-July. “800 million doses will be available in the second semester,” he said, “Europe will be the continent producing the most vaccines by the end of the year.”
This is good news for the EU which, according to the World Health Organisation (WHO), has had an “unacceptably slow” vaccine rollout, despite rising infection rates on the continent.
EU leaders agreed to boost vaccine production after AstraZeneca declared that they would only be able to deliver a third of the promised 300 million doses. Meanwhile, the pharma giant’s jab continues to cause angst amongst the public following concerns over possible links to blood clotting.
There are reports of thousands of vaccination appointments being cancelled across the country due to AstraZeneca concerns.
The European Medicines Agency (EMA) has said it is looking into the health matter, but for now it has deemed that the benefits of the vaccine outweigh the risks.
Vaccine campaign kicks into gear
France’s vaccination programme is finally ramping up with the latest figures showing over nine million people have received first doses and more than three million have had both. This is roughly 4.61% of the population.
1,700 vaccination centres have opened across the country and are administering Pfizer and Moderna vaccines to all those aged 70 and over.
250,000 health professionals are mobilised to administer the AstraZeneca vaccine, and soon the Johnson & Johnson vaccine.
From 16th April, the programme will be open to people aged between 60 and 70. From 15th May, those aged between 50 and 60 will be eligable for vaccination, followed by all those under 50 from mid-June.
By the end of the summer, the French government anticipates that vaccination will have been possible for all adults who want to be vaccinated.