Home Lifestyle & Wellbeing France: “Worst has been avoided” in 4th wave thanks to vaccines

France: “Worst has been avoided” in 4th wave thanks to vaccines 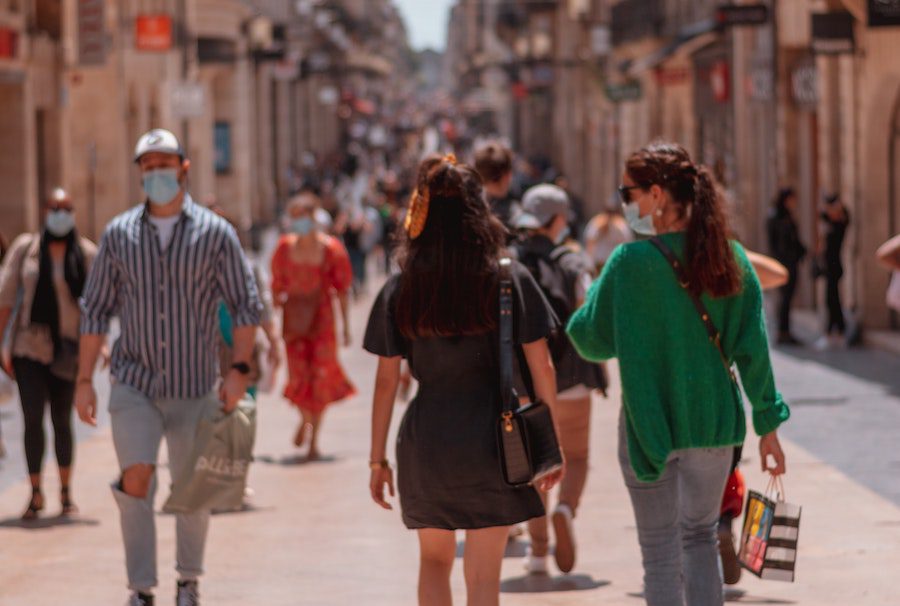 French Health Minister Olivier Veran says that the “worst has been avoided” in France’s fourth wave of Covid thanks to the vaccination programme, however he warned even those double-jabbed are increasingly becoming infected with the virus.

During a press conference on Thursday 26th August, Olivier Veran, France’s Health Minister, spoke of the stable and improving health situation in the country, though pointedly singled out the South of France as being in a particularly fragile state.

Since the start of July, the Delta variant has hit the region especially hard. This latest variant is far more contagious than previous ones and has left even those who have been vigilant and double-jabbed testing positive and falling ill.

Veran explained that the newest wave affected “young people and rose rapidly”, adding that “It stabilised in August and was concentrated in the most touristic regions and has gradually spread to other regions and vulnerable populations.”

The good news is that circulation of the virus decreased 15% in a single week, but the minister stressed “the fourth wave is not yet behind us”, though the pressures of the pandemic are on the decline. The bad news is that no one is yet sure how the start of the new school year and return from holidays will affect numbers in the coming weeks.

With over 11,000 people in hospital and 2,200 in intensive care in France, the Minister makes clear that the majority of these cases were not jabbed, thus leading him to call the fourth wave “the epidemic of the unvaccinated”.

“Many people in the public mistakenly believe the vaccine to be a magic potion that eradicates the virus completely, but in fact, the jab has done what it was intended to do by lessening the severity of the disease in most, saving lives and allowing those infected to get well sooner. If we had not been able to count on a vaccine, the fourth wave would have been the worst wave we have known,” said Veran.

So far, 48 million people have been vaccinated, coming close to the goal of 50 million by early September, though two million vulnerable and elderly people still remain unvaccinated and are the country’s biggest concern.

Meanwhile, Veran announced that the health pass could be extended past 15th November “if Covid does not disappear from our lives” by the deadline set by law, acknowledging that it would need the government to reconvene on the topic. “This pass cannot be extended beyond 15th November. We would need a new law, which would be debated again in Parliament. I am not saying that it cannot happen, it could happen if Covid does not disappear from our lives in the next three months.”

He noted that “the last of the reluctance is falling in the face of the success of the health pass” which, along with a “system of effective tests and massive vaccination of the French made it possible to go through the summer without confinement despite a wave of highly contagious variant.”

Obligatory since the 21st of July in some places, the pass was extended on 9th August and is necessary to access hospitals, bars, restaurants, and large shopping centres. From Monday, the employees of these facilities must also have the pass or face losing their jobs.

Lifestyle & Wellbeing Cassandra Tanti - January 1, 2021
A 94-year-old woman has become the first person to be vaccinated against Covid-19 in the Principality.

Lifestyle & Wellbeing Stephanie Horsman - December 28, 2020
Whilst European governments have been making big waves about their new Covid vaccination programmes, France has opted for a more discreet roll out.