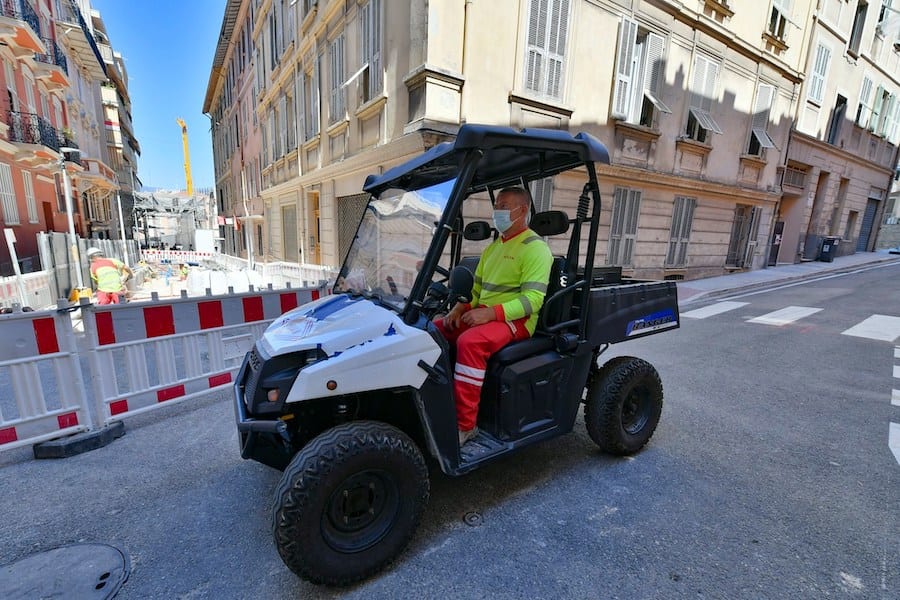 Rue Plati is virtually cut off from now until 18th December to all but foot traffic due to building work on the Grand Ida complex and for some residents this was becoming a serious hardship. The Department of Urban Amenities (DUA) stepped in and set up a special free shuttle service for the residents of the street who are being affected using electric carts to take people to and from their homes to places outside the construction zone.

The service is available from 8am to 12pm and 1pm to 5:30pm Monday through Friday, from 9am to 12pm on Saturdays, and from 5pm to 8pm on Sundays.

Residents have been alerted to the service and given the driver’s mobile number to schedule pick-ups and drop offs. The service has been “very well received” by local residents, according to reports.

The Grand Ida is the new government housing centre designed by Square Architects, a Monaco-based firm. There will be a total of 160 new apartments, of which 140 will be state housing and the remainder privately owned. The project includes a 288 space car park, a creche, offices and a “collective life unit”. The project is due to be completed in 2023.