Free screening of Brother of the Trees at Grimaldi Forum 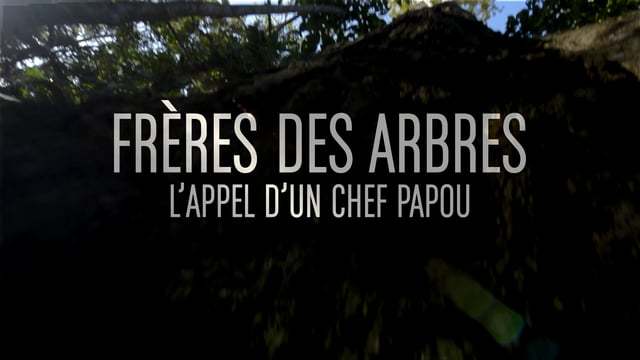 On Wednesday, May 16, Grimaldi Forum, which regularly holds events to raise public awareness about environment preservation, has chosen to share a living testimony of the impacts of deforestation on the planets primary forests, by organising an exceptional meeting with Chief Papou Mundiya Kepanga.

Leader of the Kobe Tumbiali community, Mundiya Kepanga is a respected leader of the Huli tribe in Papua New Guinea. Living in the heart of one of the primary forests of the globe, he leads a traditional life. However, since 2003 he has travelled around Europe giving lectures at the invitation of museums, researchers and schools. Additionally, he has spoken on numerous occasions at international symposia in Paris (COP21, UNESCO), in London (GEM Report UNESCO) and in New York, inviting others to reflect on the way they look at indigenous peoples and themselves.

With a strong commitment to the defence of the environment and especially the primary forest of his country, Mundiya Kepanga is at the origin of eco-development programmes such as the creation of a bed and breakfast, a source of essential income for his entire village, and a voice of indigenous peoples and an observer of the world that he comments on in a very personal way.

TV channel Arte will also broadcast the documentary, which will be screened during the evening at the Grimaldi Forum, “Brothers of the trees,” the film made by Marc Dozier and Luc Marescot. The film carries a message dedicated to all mankind: our forest is a universal heritage that produces the oxygen we all breathe and must be safeguarded. It is a call to protect all the primary forests of the globe that reminds us that we are all brothers of the trees.

As the preservation of the planet also involves younger generations, in the morning Grimaldi Forum, in collaboration with the Directorate of National Education, Youth and Sports of Monaco, a private screening of a special documentary film on the Chief for fourth and fifth grade Monaco students who will also have the chance to talk to Chief Kepanga.

Photo: NFL/André Faure[/caption] After 194 hours, the 2017 edition of the No Finish Line ended on National Day, Sunday, November 19, in the presence of Prince Albert, who, after a day of official festivities, joined NFL for the last lap. Again this year, the targets were pulverised. A total of 12,967 runners and walkers took part, 1,078 more than last year. A total distance of 436,963 km were completed, against the 400,000 expected. The sum of €436,963 will be donated to finance projects for sick or underprivileged children, taking the total to more than €3.5 million funds raised since the beginning of NFL. [caption id="attachment_25349" align="alignnone" width="640"]

Photo: NFL/André Faure[/caption] Once again, this success is due to the exponential mobilisation of the participants, the time invested by the volunteers and the faithful support of sponsors. The Prince’s Cup was awarded to Fausto Parigi (Italy) for completing 1,026 km, making him the fifth person to have exceeded 1,000 km since the event started 17 years ago. The first winning team was Monaco Interventions with 14,797 km, followed in second by Barclay’s Monaco with 13,452 km (up from third place, 10,321 in 2016) and, in third, JB Pastor et Fils with 11,560 km. 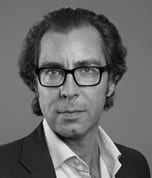 International law firm Ince & CoManaging Partner Ian Cranston[/caption] International law firm Ince & Co celebrated five years of practice in Monaco last week with a celebratory event for clients and staff at The Monte Carlo Beach Hotel. The team provides English law advice, with a particular focus on shipping, yachting, offshore energy, international trade, the carriage of goods by sea and aviation. The majority of the office’s clients are based in Monaco, Italy, France, Switzerland, the Mediterranean and West Africa. In the five years since it opened, the Monaco office, led by Managing Partner Ian Cranston, who has been advising clients in the region for over 20 years, has grown from two fee-earners and one business support staff, to four permanent fee-earners, a regular trainee secondment from the firm’s London office and two business support staff. In January 2015, Ince & Co announced that its Monaco office was relocating to new premises within the Gildo Pastor Centre to accommodate this growth. Ian Cranston took the opportunity to thank the office’s clients and congratulate the members of his team. He said: “Since our launch in August 2011, our Monaco office has more than doubled in size and continues to secure instructions on a number of high profile deals and cases for clients based around the world. I am proud of what we have achieved and attribute our ongoing success to the loyalty of our clients and the commitment of our team who have supported the firm over the past five years.”