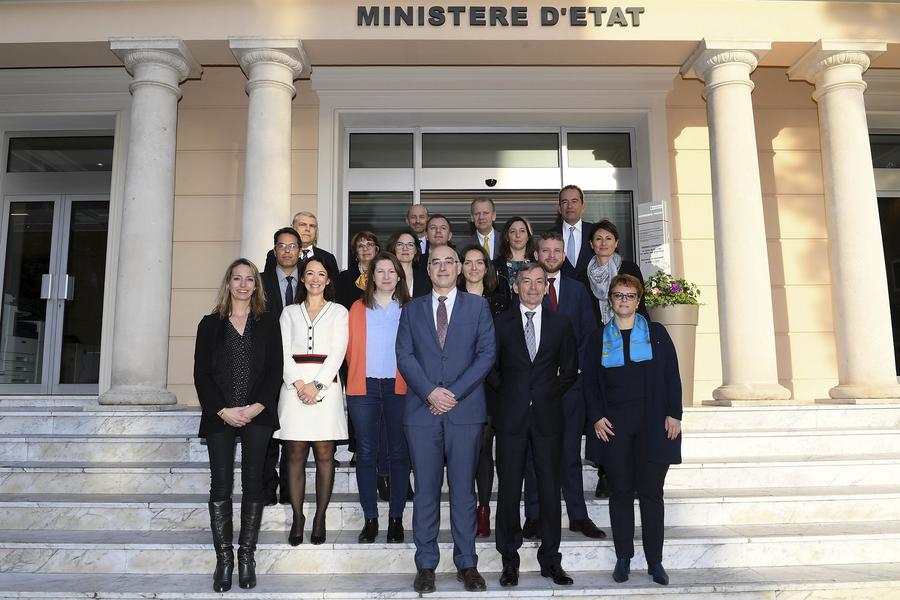 Health and security were the main topics discussed at the recent Franco-Monegasque Joint Social Security Commission, including health care for workers in Monaco, the implementation of telework and the sharing of electronic medical records.
The commission met on Friday 17th January at the Ministry of State. The delegations were chaired by Monaco’s Minister of Social Affairs and Health Didier Gamerdinger and by François Brillanceau, Head of the Division of Community and International Affairs of the Directorate of Social Security France.
They discussed at length the process of making it easier for healthcare professionals in the Principality to deal with French insured patients, as well as access to Computerised Medical Records. Following on from ameeting held in November in Paris, the parties confirmed the need for close collaboration between France and the Principality to allow the two health systems to operate in together effectively, for the benefit of patients likely to be treated in the two territories.
Meanwhile, the practical implementation of teleworking was a hot topic, in particular the number of teleworking employees. Both agreed to continue to discuss this issue annually.
Finally, a renegotiation of the conventional provisions with regard to family benefits was also discussed and will be the subject of a dedicated working group. This is part of the reform initiated by the Prince’s Government in 2019, aimed at ensuring the equality of women and men in accessing social rights.