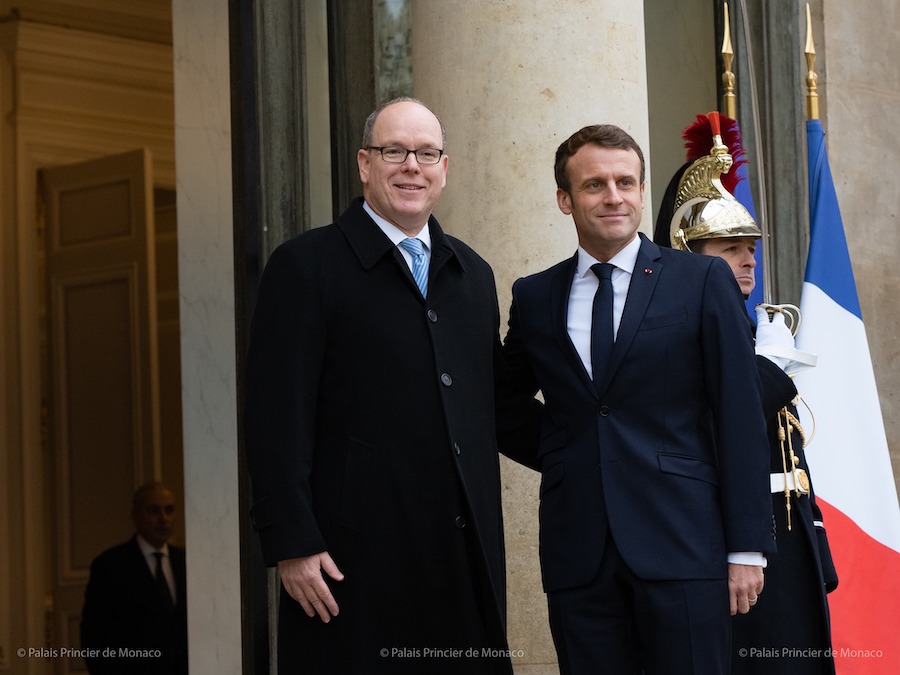 HSH Prince Albert II of Monaco has met with French President Emmanuel Macron at the Elysée Palace, discussing everything from the Paris Agreement to the rights of French citizens working in Monaco.

A statement released by the Palace reads: “Our common destiny, forged throughout our history, is enriched by the constant cooperation between the two states, the development of Franco-Monegasque employment and the affirmation of shared great ambitions. These concern in particular the protection of the environment, the fight against climate change, the defense of biodiversity and the preservation of the oceans.”

The President of the French Republic and the Sovereign Prince of Monaco reaffirmed their commitment to work together in the implementation of the Paris Agreement, in view of COP25. They also decided to move forward together to develop, through a working group,  the statutes of the Fondation Albert 1er, which is responsible for the Maison des Oceans in Paris and the Oceanographic Museum of Monaco.

Meanwhile, the two heads of state discussed the negotiation of an Association Agreement between Monaco and the European Union, in which the Principality and the French Republic can develop a mode of cooperation adapted to the realities and challenges of the 21st century, taking into account the specifics of Monaco and their bilateral relationship; the evolution of the situation of French citizens living in Monaco for several generations, who contribute to the history, social and economic stability of Monaco; and the daily life of French employees who participate directly in its economic dynamism, and in particular the question of their possible access to preferential housing in neighboring communities.

Finally, Prince Albert II invited President Emmanuel Macron and his wife to visit the Principality of Monaco for an official visit.