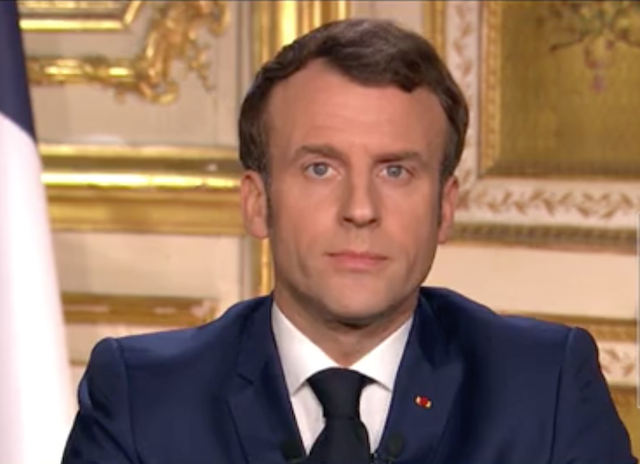 French President Emmanuel Macron announced on Monday night a 15-day lockdown prohibiting residents from leaving their homes unless absolutely necessary.
During a televised address the president said the country is “ramping up measures to limit travel and contact between people in France from midday Tuesday 17th March for at least 15 days. Any gatherings outdoors or family gatherings is not allowed. Walks in parks are not allowed, you must limit your contact. This is applicable across France. Only take transport if you absolutely have to, don’t shake hands, don’t go and meet with other people, do teleworking when absolutely possible. The government will give guidelines tonight. Anybody who will not apply by those guidelines will be punished.”
Macron also said that travel between the European Union and non-EU countries would be restricted for 30 days starting Tuesday at noon. French citizens will be exempt and should contact their local embassies if they are abroad and want to return home, Macron said.
“We are at war, a health war, and it requires a nationwide mobilisation,” said the president.