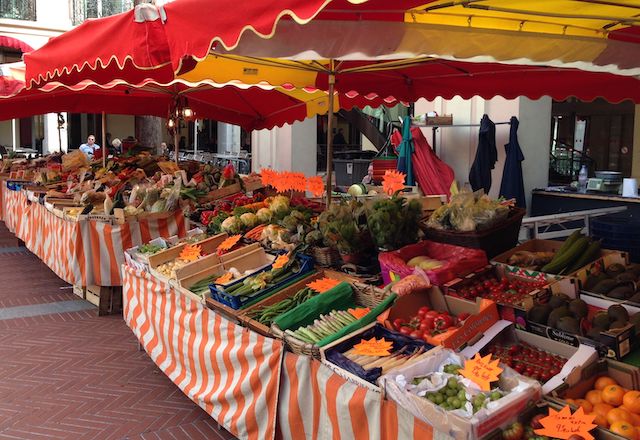 The council is offering a free delivery service for fresh produce purchased from the Condamine and Monte-Carlo markets.

“Following the measures put in place by the Prince’s Government, we remind you that the Condamine and Monte-Carlo markets are open but that the on-site catering service is suspended until further notice,” says the National Council.

In order to limit travel, people are encouraged to order by phone. The council is offering free delivery throughout Monaco of fresh products purchased from the markets. Click here for the contact details of merchants who are available to take orders.

Prepared meals from merchants at the markets will not be delivered by the council however. The merchants who offer these dishes will take care of the delivery themselves.

The council is reminding people who want to do their shopping in person to follow the guidelines of keeping a distance of 1.5 meters between yourself and other people. The closing time for the Condamine Market is set at 3.30 pm.

Key to the success of the Monaco Yacht Show are the guys that shake down the deals and act as the bridge between the buyer and the seller - The Brokers. Meet Patrick Coote.

Prof. Eliane Gluckman has received a Lifetime Achievement Award for her therapy research that's led to the life-saving treatment of children with leukemia or life-threatening hereditary diseases.

Amid an unprecedented rise in Covid circulation throughout the Principality, the government is reinstating a number of restrictions in an effort to prevent another lockdown.

Lifestyle & Wellbeing Stephanie Horsman - August 10, 2021
Monaco will have a new 120-bed care home for dependent elderly people by 2025, easing pressure as the aged population continues to grow in the Principality.