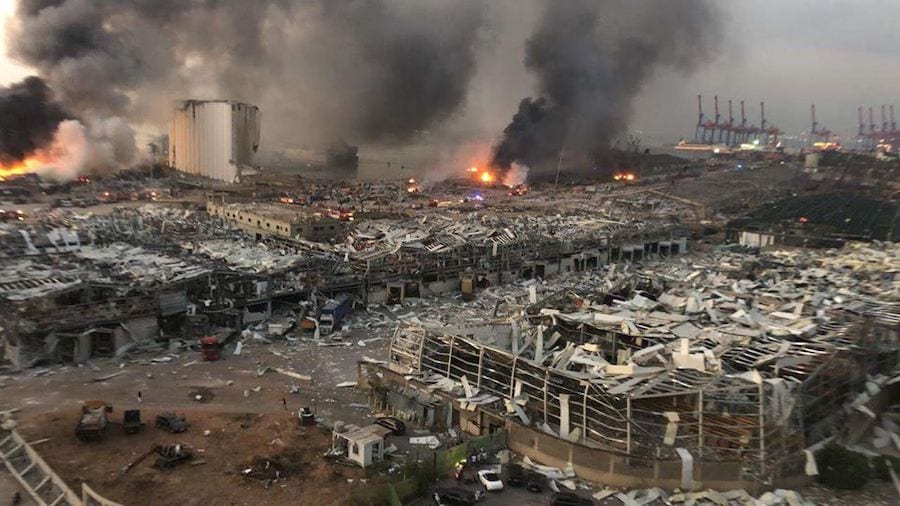 The explosions in the port of Beirut on 4th August, which killed at least 137, injured thousands and have displaced more than 300,000, have led to a call to assist the people of Lebanon’s capital in this desperate time.

Lebanese activist Bouran Hallani has taken up the call and through her organisation, Friends of Lebanon, is asking for support to help in the form of basic necessities, such as non-perishable food items, clothing, medical supplies and cash donations to be used by on-the-ground aid workers who are in the heart of the blast zone.

As half the country already lives below the poverty line, these donations are critical to help the neediest and most vulnerable get through the next weeks as they try to piece their lives back together.

Ms Hallani’s hope is that the 350 to 400 Lebanese of Monaco will open their hearts and wallets for their suffering fellow countrymen, but she also is appealing to the Monegasques for assistance.

Friends of Lebanon was formed nearly 20 years ago with the primary focus of helping the children of her native land to escape abuse, neglect and poverty. The organisation has since expanded to help disadvantaged people from all over the world. She was officially recognised by the United Nations for her work and was named Goodwill Ambassador in Western Europe as part of the Live Lebanon initiative started in 2009 and has been presented with humanitarian awards from HSH Prince Albert II, The World Health Organisation, The First Lady of Lebanon and the Lebanese Red Cross.

There are several ways to make a donation. They are as follows:

– Check payable to Friends of Lebanon to be sent to the association at 10, boulevard d’Italie – 98000 Monaco.