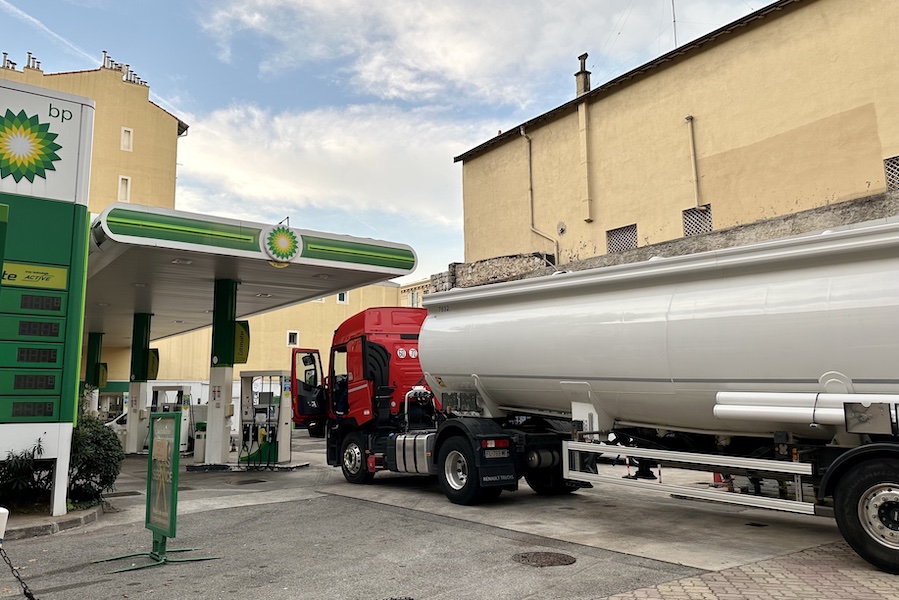 While two unions have struck a deal, hardline union CGT has again extended the fuel workers’ strike, as public protests reflect the strained situation at the pumps.

The French petrol workers’ strike, which has caused massive fuel shortages across the country, is now three weeks in. An estimated one in three French service stations have been impacted heavily. Locally in the Alpes Maritimes, 43 out of 104 stations are reported to be low on or completely out of fuel.

Close to Monaco, the Cap d’Ail fuel stop has run dry, as have two on the Moyenne Corniche, one independent, the other an Esso-run station in Villefranche. The Total station heading into Beaulieu from Villefranche is open but has no 98 or Diesel+, and the independent station in La Turbie is open but has no E10. The vast majority of Nice stations are entirely out of fuel, with only four showing they were open for business on Monday morning via the interactive fuel tracking map: https://penurie.mon-essence.fr/w/.

Under the terms of an agreement with the CFDT and CFE-CGC unions, TotalEnergies on Friday 14th October said the company had agreed to a 7% increase for 2023 salaries.

But hardline CGT union, which initiated the industrial action, walked out on Thursday night’s discussions and renewed their strike call on Friday. It’s demanding 10%.

As a result, four of the seven refineries in France are still shut down.

Esso-ExxonMobil estimates it will take two to three weeks for a return to normal, meaning that consumers won’t be seeing much, if any, immediate relief.

Over the weekend, Budget Minister Gabriel Attal denounced the continuation of the strike as unacceptable, while business lobby group Medef decried the “150 people taking the country hostage”.

Given the evident pressure on the state, the French government has used requisitioning powers to force some strikers back on the job, a move which has held up in court so far but has infuriated the unions.

The stress of the fuel shortage, along with rising costs of living, led to a public protest in Paris on Sunday 16th October. An estimated 30,000 people were led by the far-left’s Jean-Luc Mélenchon and his France Unbowed Party (LFI). Police reportedly used tear gas and batons against protestors, who had thrown a wave of objects at the security forces. The symbolic ‘Yellow Jackets’ of recent years resurfaced and, according to reports, one group of masked men vandalised a bank in the pandemonium.

Mélenchon has called for a general strike on Tuesday 18th October, which several unions in the transport, train and public sector are already planning to join.