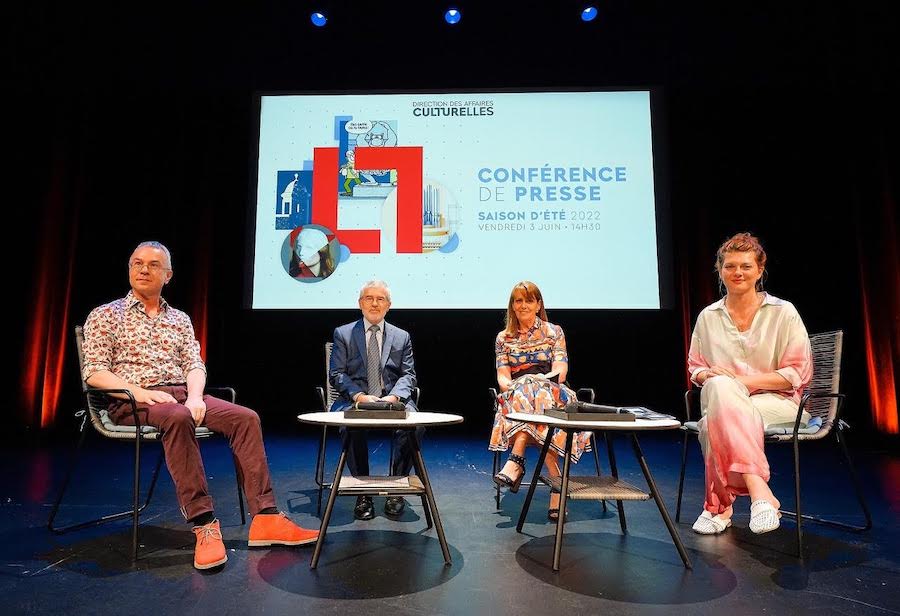 Monaco’s Department of Cultural Affairs has been busy putting together an incredible roster of exciting and varied events that will take the public into the summer season and beyond.

It’s summer again, and for the first time in two years, all is as it should be, with the Principality buzzing with a series of spectacles, concerts and showcase exhibitions. The Department of Cultural Affairs has made the 2022 summer season special, putting together a line-up of events created to dazzle, as revealed to the press this week.

The season kicks off on 19th June with the Organ Festival. Running through to 17th July at the Monaco Cathedral, the 17th edition of the festival will be made up of five shows, including a film-concert opening night.

Actors like Guillaume Gallienne and Thibault de Montalembert, as well as famous French astronaut-cosmonaut Jean-Loup Chrétien, an organ enthusiast, will be on hand alongside internationally renowned organists who will be playing by improvision on the great organ. Additionally, a musical show, The Other Half of a Dream, will offer a reading of poet Alicia Gallienne’s works to music that is also improvised. Gallienne, cousin of actor Guillaume Gallienne, was 20-years-old when she died of a rare and incurable blood disease in 1990, but her poetry has touched the lives of many since.

On 2nd and 3rd July, the biannual exhibition of the Forum des Artistes de Monaco will take place at the Espace Léo Ferré. This meeting will bring together 80 amateur and professional artists who will present their work in the fields of painting, sculpture and photography.

The Public Prize will be an opportunity for the public to vote for their favourite pieces, which will then be exhibited has been organised from 16th to 30th June. Information can be found on the event’s website at www.forumdesartistes.mc

From 5th July to 2nd October, Philippe Geluck’s Cat will take up summer quarters on the Promenade du Larvotto. The traveling exhibition ‘Le Chat déambule’, created by the designer, will present 20 bronze sculptures, 2.7 meters high and weighing 2.5 tons each.

Finally, the Théâtre du Fort Antoine will round out the summer with seven evenings running from 8th July to 2nd August . This year’s programme will showcase the best theatre events, but also circus arts, singing and music. The opening show, Hansel and Gretel on 8th July, and the grand finale Securing your own Whispers, have been set aside especially for younger audiences welcoming kids from age six.

For more information or to reserve places, visit the websites, at www.festivalorguemonaco.com for the Organ Festival, www.forumdesartistes.mc for the Artists Forum, www.lechat.com for Le Chat Deambule and www.theatrefortantoine.com for the Fort Antoine Theatre.