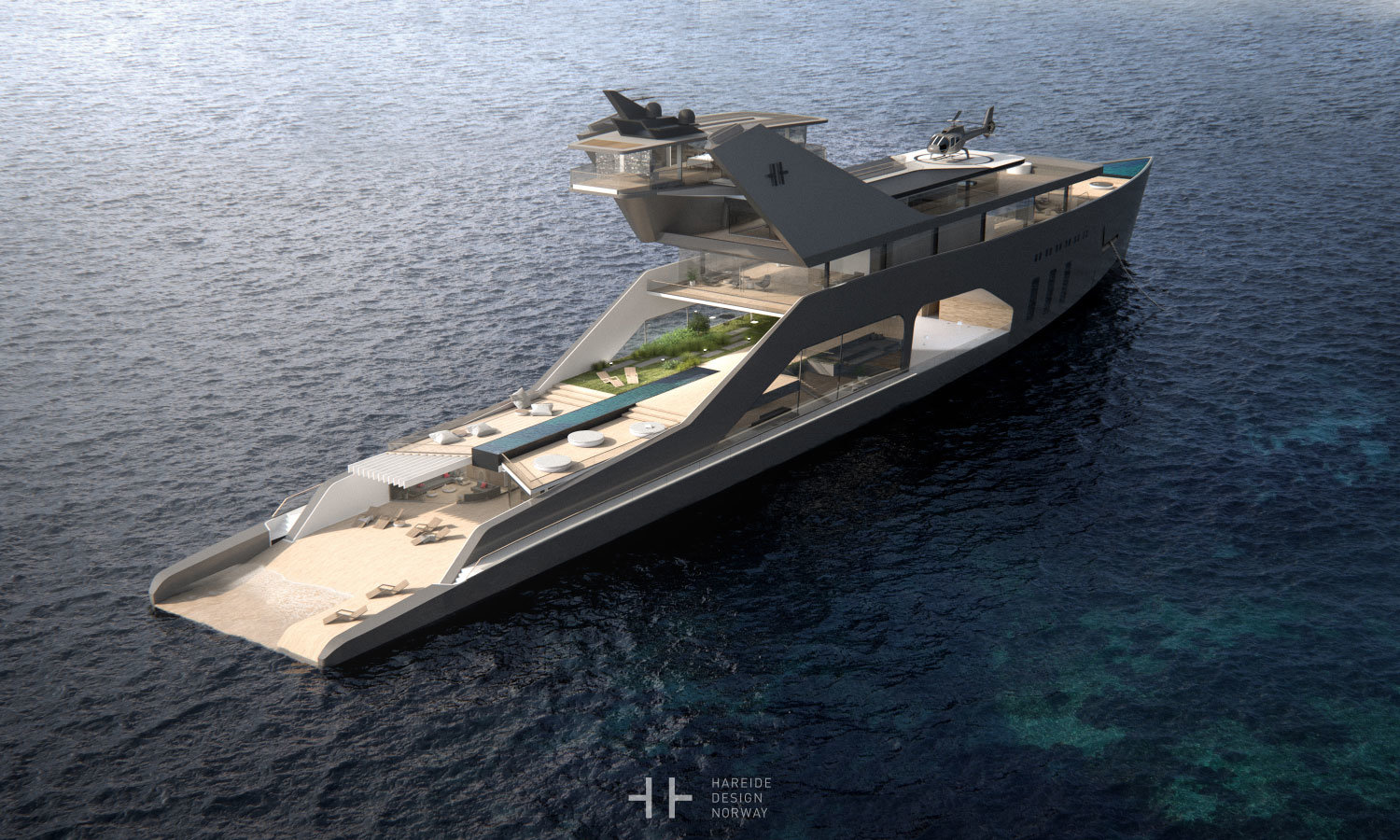 With the Monaco Yacht Show just over the horizon, Hareide Design has unveiled plans for a superyacht with a difference. The concept yacht designed by the Norwegian firm spans 108 metres (354 feet), and includes a heliport, an infinity pool, a tranquillity garden, an additional 20-metre lap pool at the bow and a grand hall for live entertainment.

The stern of the vessel hosts a false sloping beachfront where passengers can dip their toes in salt water. The energy-efficient design has 300 square metres of solar panels for sustainable energy. The power output from the panels is enough to power the vessel in slow cruising mode, according to Hareide.

The Monaco Yacht Show takes place this year from September 27-30 and hosts more than 125 super yachts. 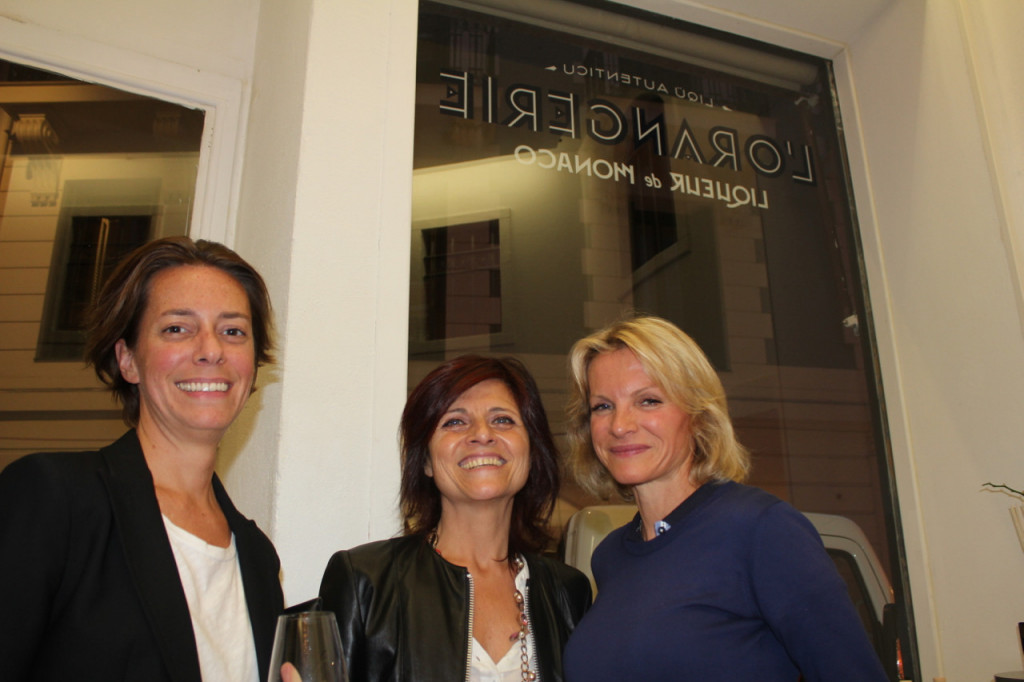 Association of Women Entrepreneurs of Monaco at l'Orangerie. Photo: Monaco Life[/caption] On Tuesday, the Association of Women Entrepreneurs of Monaco (Les Femmes Chefs d’Entreprises de Monaco, or ACFEM) were guests of Philip Cullazo at L’Orangerie for an introduction to the Monaco Spritz. A dozen women in various fields, from Monte Carlo Beauty skincare to Cicolella olive oil, came to the atelier at 9 rue de la Turbie to learn about the only made in Monaco orange liqueur, which uses 600 bitter orange trees from avenue Grande-Bretagne, and boulevards Suisse, Italie and Moulins. [caption id="attachment_22022" align="alignnone" width="640"] 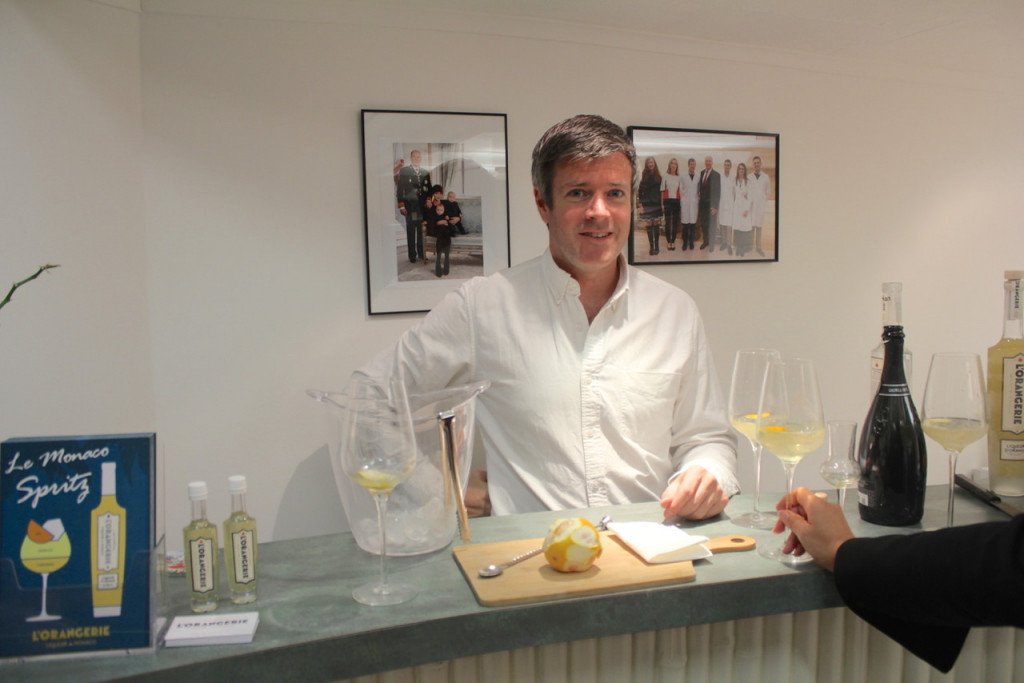 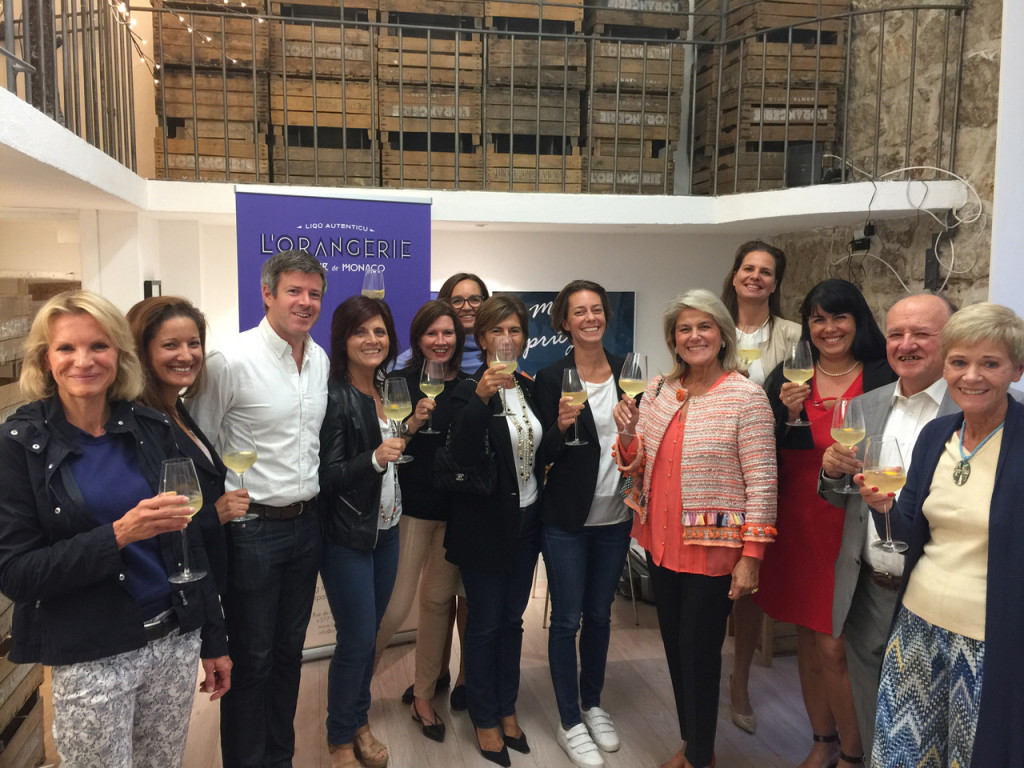 Association of Women Entrepreneurs of Monaco at l'Orangerie. Photo: Monaco Life[/caption] After a tour of the premises by Mr Cullazo, the group enthusiastically sampled the Monaco Spritz – a combination of L'Orangerie, Prosecco and orange zest. Held on the third Tuesday of each month, ACFEM’s networking evenings from 6:30 pm to 8 pm bring together female business entrepreneurs in Monaco who are not only involved in the economic life of the Principality but who also actively help to promote its business development. Different themes, which can be in English or French, include seminars on inheritance (September 21) or cybersecurity (October 19). “ACFEM has around 50 members of various nationalities,” Secretary General Caterina Reviglio Sonnino told Monaco Life, “and we welcome any woman that is an owner or manager of a Monaco business that is registered with the Expansion Économique.” [caption id="attachment_22023" align="alignnone" width="640"] 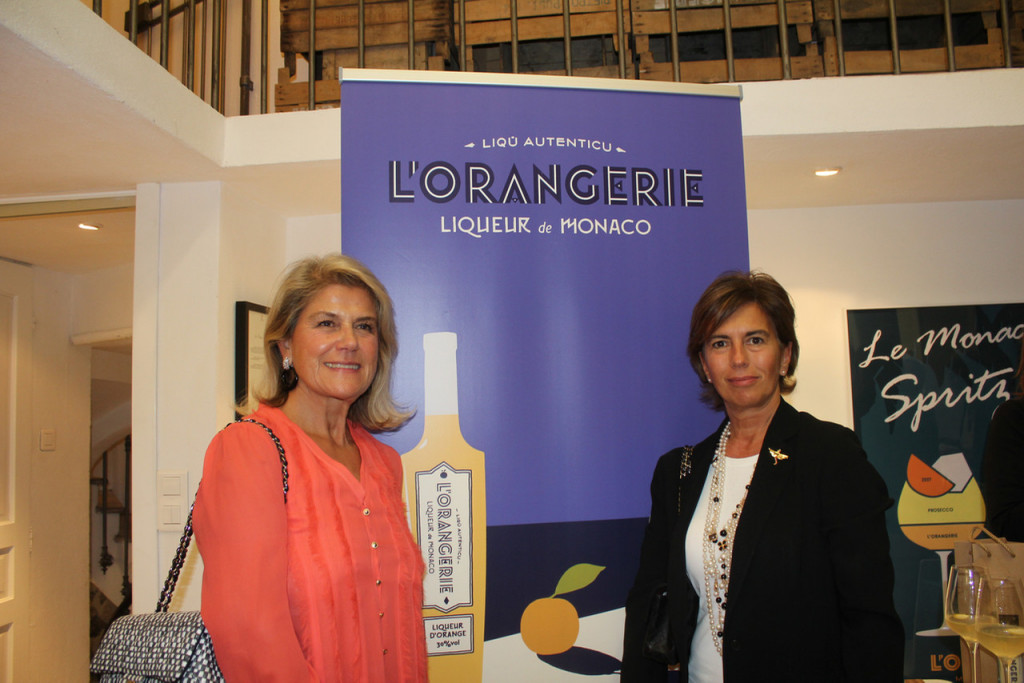 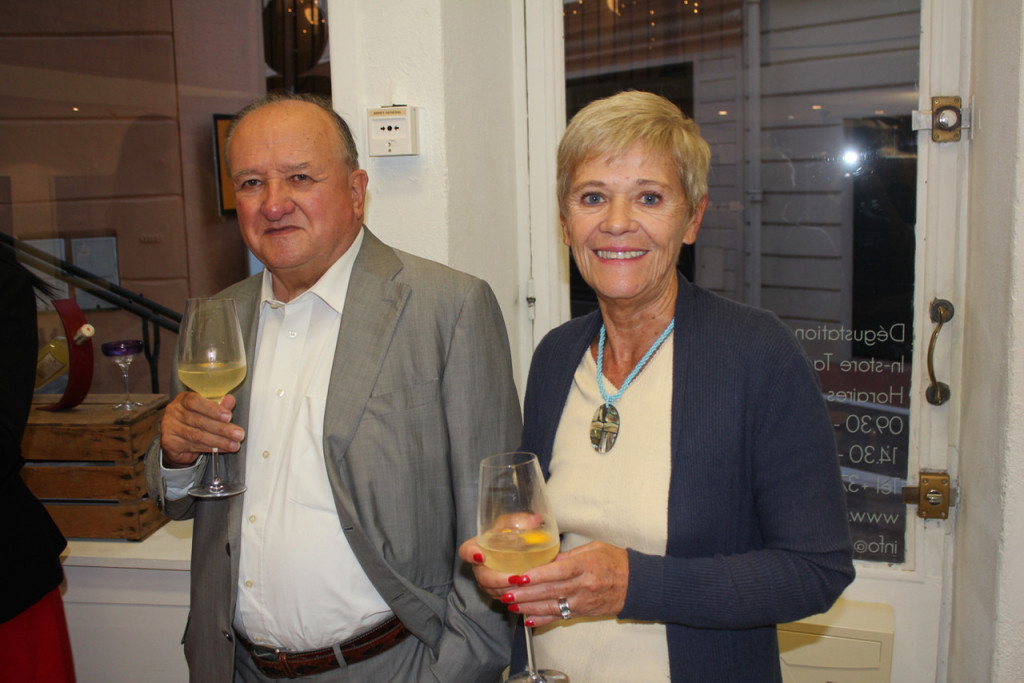 Anne-Marie Noir, Founder Asepta. Photo: Monaco Life[/caption] In addition to Thursday night gatherings, the non-profit organisation has a meeting over the lunch hour on the first Tuesday of the month at the Maison des Associations to discuss, amongst other subjects, how to defend the rights and interests of women in business and how to promote the network of women entrepreneurs in the Principality. The Association of Women Entrepreneurs was first launched in France in 1945 by Yvonne Foinant to offer solidarity and friendship for women entrepreneurs, and the network has since expanded to 40 countries on five continents. The Monaco branch of World Association of Women Entrepreneurs was created on July 15, 2004, under the impetus of the Chamber of Economic Development of Monaco (CDE), which two years ago became the Monaco Economic Board. Its first president was Elisabeth Ritter Moati. Today Hilde Heye Haneuse holds that title. For more, visit Les Femmes Chefs d’Entreprises de Monaco website. Article first published September 20, 2018. 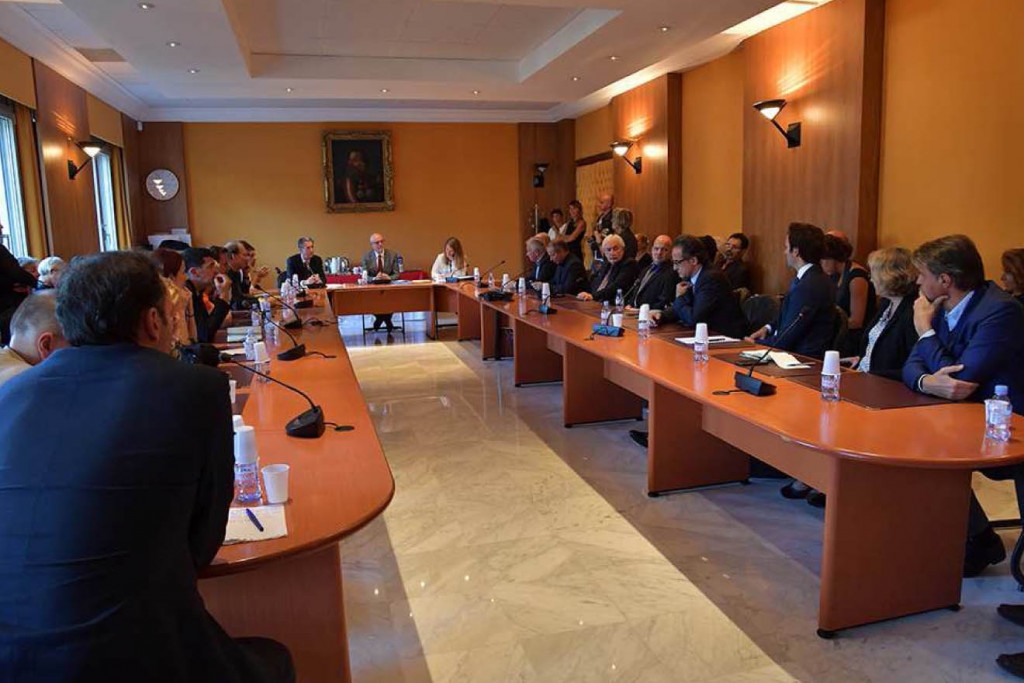 Photo: ©Direction de la Communication/Charly Gallo[/caption] Minister of State, Serge Telle, took the opportunity to address the editorial board of Euronet+, who are meeting in Monaco this week, and talk to its members on the topic of Monaco’s ongoing negotiations with the European Union. The 25 members of the European radio station network that was set up in 2007, with support from the European Commission as a consortium of European international and national radio stations, heard that while Monaco is seeking an association agreement with the European Union, which does not amount to becoming a member state, the Principality is in no particular hurry. “We do not want any agreement, but a good deal,” Mr Telle said. “Monaco has 40,000 residents and only 20% are Monegasque,” he told the press. “We have 100 different nationalities. So we must preserve our identity but we must also be progressive.” While pointing out that the EU stands for peace and prosperity, the Minister of State commented that the agreement with the EU, if negotiated under the right terms, would allow Monaco to export its businesses to other EU-member states without having to go through France. He also reminded the roundtable, when asked several times about Monaco’s tax haven status, that in July the country signed a tax transparency agreement with the EU. Mr Telle also explained that, unlike many European countries, Monaco has no debt, and has a budget surplus. He mentioned that while there may not be personal income tax in Monaco, there are business taxes and 50 percent of the State’s revenues comes from the Value Added Tax (VAT). Meanwhile in New York, on September 22 the Minister of State used the opportunity of the opening of the 71st session of the General Assembly of the United Nations to remind the 131 heads of state and government present of the priorities set by the Sovereign Prince. “Under the leadership of HSH Prince Albert II, and as part of an ancient tradition, the whole Principality is now mobilised to protect the environment. (This includes) the Government that I lead, of course, but also other institutions: the Oceanographic Institute, the Prince Albert II Foundation, the Scientific Centre of Monaco, as well as many private players.” Mr Telle added that although oceans represent two-thirds of the surface of our planet, their bio-diversity is often overlooked. “A planet with nine billion people can not survive without the sustainable use of their resources,” he said.