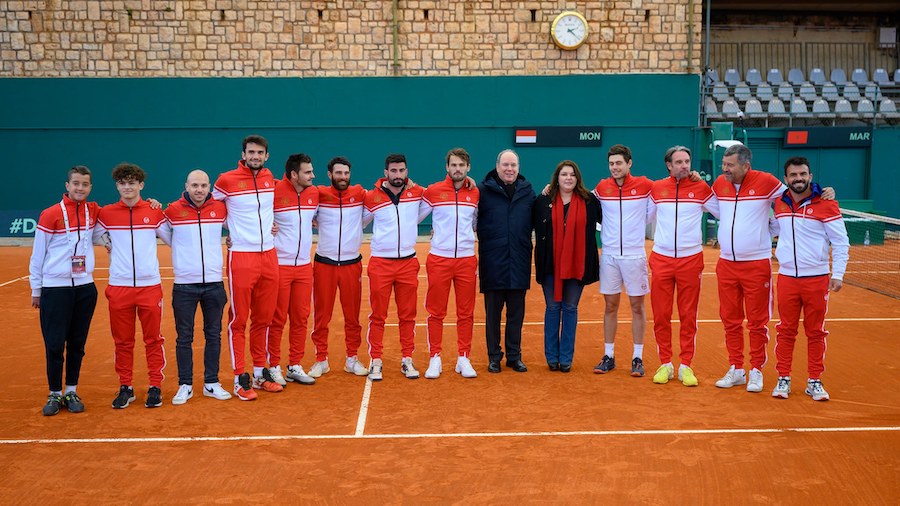 Monaco sailed through their Davis Cup play-off against Morocco, winning 4-0 over two days at the MCCC and securing their place in Group 2 in September.

After an utterly dominant display on day one at the Monte-Carlo Country Club, Monaco took to court no.18 on Saturday and, in front of the onlooking Prince Albert II, sealed the victory.

It was a case of deja vu for their Moroccan opponents who, having lost both fixtures on Friday, succumbed to defeats in the doubles match and then later in the singles. With the tie already wrapped up, the fifth and final match did not go ahead.

In what was the shortest match of the weekend Romain Arneodo, ranked 93rd in the world in doubles, and Hugo Nys, ranked 51st, comprehensively defeated Elliot Benchetrit and Lamine Ouahad in straight sets (6-1, 6-2) in just 50 minutes.

The Monegasque duo broke the Moroccan pair on five occasions, whilst only conceding one breakpoint to their opponent, which was not taken.

With victory already assured, Lucas Catarina took to the court in what would be the final match of the fixture. Catarina, who got Monaco off to a flier on Friday, rounded off the event with another straight sets victory (7-5, 6-1), as the home side strode to victory without conceding a set.

Yassine Dlimi did however prove the sternest opponent of the event, the Moroccan breaking Catarina twice in the first set before a capitulation in the second in which Catarina took both of his break-points in clinical style.

Monaco will now participate in the World Group 2 fixture in September, and having emphatically defeated their opponent in front of an enthusiastic and buoyant home crowd, they will head into it full of confidence.