General public to be welcomed at Monaco GP 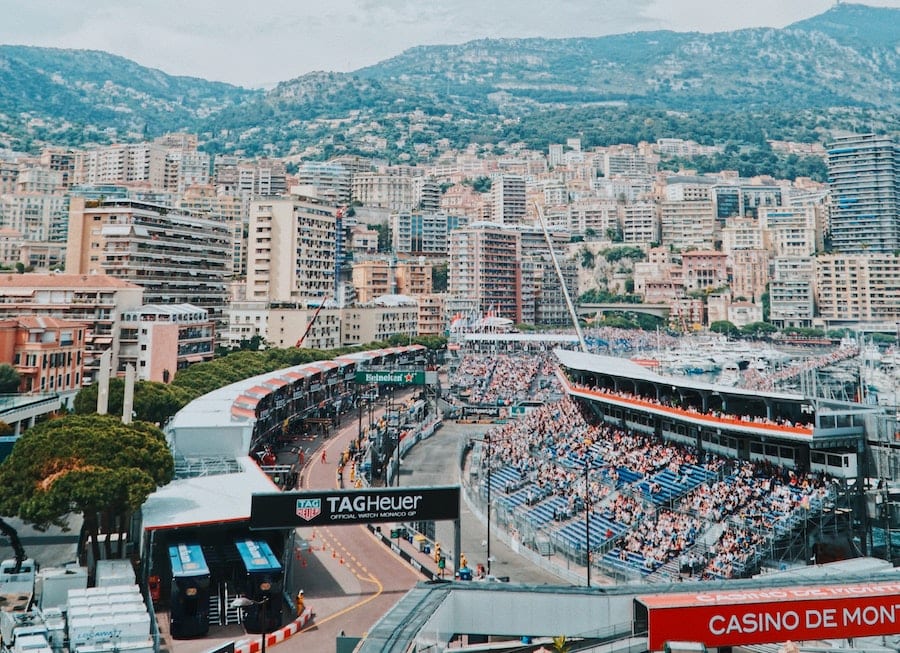 The Monaco Grand Prix will open its grandstands to 7,500 spectators a day, regardless of their origin. However, there will be restrictions.

The government made the highly anticipated announcement on Tuesday, revealing that the Formula One Grand Prix would be open to the general public, however grandstand capacity will be limited to 40%.

People entering Monaco from the Alpes-Maritimes and the Var, including cross border workers, will not need to produce a PCR test until they enter the F1 circuit. Anyone from outside of this department will need to present a negative test upon entering the Principality and the racing circuit.

Grandstands will be open but capacity will be limited to 7,500 spectators per day, with normal seat pricing. On Friday 21st May, only the K and T stands will be open to accommodate a maximum of 3,000 people. Tickets for Friday’s races will be free.

Monaco residents and students will not need to produce a negative PCR test to access the F1 grandstands or circuit throughout the GP weekend.

No decision has been made yet regarding parties on terraces and yachts, or the opening of restaurants and bars, however an announcement on this is expected with the next change in health measures on 16th May.

Standing zones and the fan zone are not authorised this year.

In making the announcement on Tuesday, Minister of State Pierre Dartout said his government was happy with the running of the recent Historic Grand Prix and the same conditions will be applied to this weekend’s E-Prix, in particular a capacity limit of 6,500 people in the stands reserved for residents, employees, students and people staying in a hotel in Monaco. Access is also limited for guests on terraces to one person per square metre, and a maximum of 12 people on yachts. The sale and consumption of alcohol in public is banned.

Prepare to be stopped

The government warns that there will be strict controls by authorities and members of the Automobile Club of Monaco checking for PCR tests.

Monaco’s decision follows an announcement by the organisers of this weekend’s Spanish Grand Prix to allow up to 1,000 circuit members to attend the race on Sunday.

There were no spectators allowed at either of the first two European events of the F1 season, in Portugal last weekend and Imola in Italy two weeks before.

Bahrain allowed 4,500 spectators to attend the season-opening race at the end of March, but it was open only to those who had been vaccinated against or recovered from Covid-19.

Photo by Reuben Rohard on Unsplash

Photo: DR[/caption] The 34th Ministerial Conference of the International Organisation of La Francophonie was held in Paris on November 25 and 26 on the theme "New Economies: Blue Economy, Green Economy – New Drivers of Wealth Creation, social inclusion and sustainable development.” This Conference was preceded on November 24 by a meeting of the Permanent Council of La Francophonie (CPF). The Ministerial Conference began with a minute of silence in memory of the victims of the terrible attacks in Mali and Egypt. HE Mr Claude Cottalorda, Ambassador of the Principality of Monaco to France and Personal Representative of HSH the Sovereign Prince to the International Organisation of La Francophonie, referred to the total commitment of the Principality to the protection of the planet and, more particularly, of the seas and oceans. On the first day of the conference, an extraordinary closed session on the violation of refugee rights in Libya was held between heads of delegation. After lively exchanges, the Ministers of the Member States recalled the importance of French-speaking values and adopted a Declaration on the theme "Migration and the protection of human rights against the threat of trafficking in human beings".

Sporting d’Hiver lives on in One Monte...