Geneva auction raises more than €9.2m for ONLY WATCH 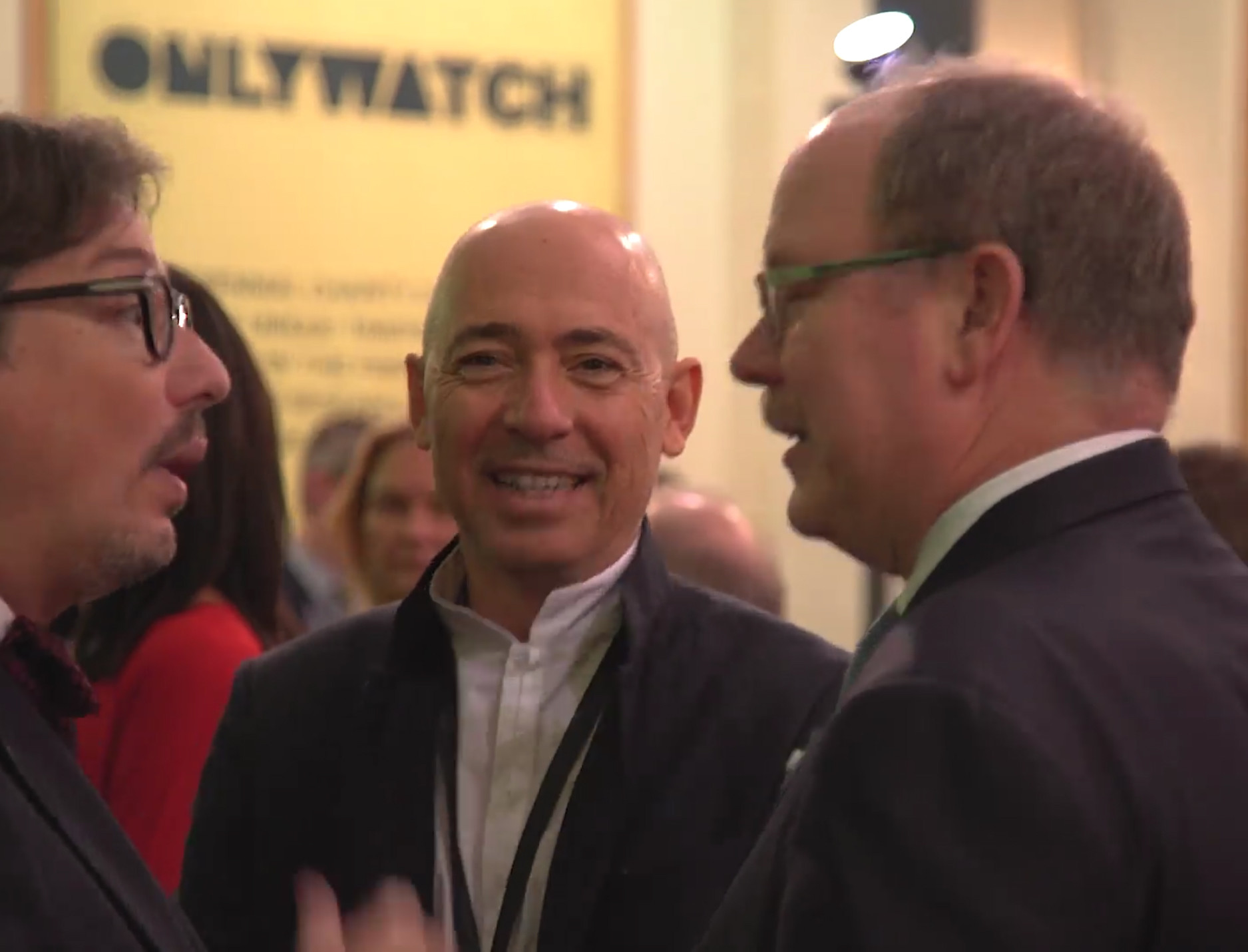 Christie’s in Geneva was the stage for ONLY WATCH 2017, the biennial charity auction where watchmakers donate unique timepieces, giving collectors and connoisseurs the opportunity to own a truly one-of-a-kind watch with all the proceeds going towards finding a cure for Duchenne Muscular Dystrophy.

The 7th edition of ONLY WATCH on Saturday, November 11, raised €9,289,434 (CHF 10,776,500), which will be donated to Monaco’s Association Monégasque contre les Myopathies in support of Duchenne Muscular Dystrophy research.

Yet amongst the excitement and enthusiastic bidding, this year’s charity was marked by the absence of Paul Pettavino, son of ONLY WATCH founder and President of L’Association Monégasque contre les Myopathies, Luc Pettavino.

Paul, who suffered from Duchenne Muscular Dystrophy died on November 12, 2016, a loss that for any family would be insufferable except that Paul was not an ordinary young man. Described by friends as “serene”, “radiant”, and “extremely kind”, he went out of his way to help others. He also participated in ONLY WATCH, working with Louis Vuitton over the years to design unique pieces to auction, and at a remembrance service held at the Cathedral in Monaco, it was standing room only.

Since the auction’s first edition in 2005, and under the High Patronage of HSH Prince Albert, Only Watch has raised over €34 million and has financed numerous scientific and medical research programmes.

Prince Albert, who was at the event, thanked the “bidders, watchmakers, partners, participants: from the bottom of our hearts, thank you so much” and said, “With money raised together with Only Watch in the past decade, we have changed the face of research on this matter. […] We are getting closer to changing the lives of millions of boys around the world.”

Luc Pettavino commented, “We have won many battles together. The battle of altruism and empathy in amongst all of us: brands, partners, donors. The battle of beauty and research of excellence. The battle of awareness for research on Duchenne muscular Dystrophy with the largest media buzz ever. Now, let’s continue pushing hard, as we do need to win the battle to cure this disease.”

In Geneva on Saturday, all watches did well, but some did a bit better than others.

The Patek Philippe 5208T-010 ended up being the topic of a bidding war between two Asian bidders and was eventually sold for €5,335,326 (CHF 6,200,000), nearly six times its high estimate. This timepiece combines an instantaneous perpetual calendar, with a chronograph and a minute repeater and its case is crafted from titanium, which is a material very rarely used by Patek Philippe, making the watch all the more rare.

Against a high estimate of €34,4214 (CHF 400,000), the FP Journe Chronographe Monopoussoir Rattrapante Bleu sold very well, reaching a final bid of €989,616 (CHF 1,150,000). Especially developed for the ONLY WATCH auction, this watch features a new monopusher rattrapante chronograph calibre, fitted in a 44mm tantalum case, and topped off with a stunning blue chrome dial.

The unique Hublot Big Bang UNICO Sapphire Usain Bolt, also nearly doubled its high estimate and was sold for €129,080 (CHF 150,000). The proud new owner will not only receive this very special sapphire-encased Big Bang, but will also meet the world’s fastest man, Usain Bolt himself, as part of making the winning bid.

John Reardon, International Head of Christie’s Watch Department, stated, “As the auction partner for Only Watch 2017 it has been a pleasure and honour to be part of this important initiative. The final result has reached beyond our expectations and we congratulate Luc Pettavino and the entire Only Watch family for such a success and like to express our thanks to all the partners who have supported Only Watch.”

All lots combined brought in two and a half times more than the highest estimates. Even better is that the cost of the auction is only one percent, making 99 percent of the total amount available for the Association Monégasque contre les Myopathies to find a cure for Duchenne Muscular Dystrophy.

Prince Albert also commented before the auction, “We might not all be researchers but I think we all have collectively the power to change things for generations to come.”

It is through this goodwill that Paul Pettavino’s name will live on.

Local News Staff Writer - November 30, 2018
On 3 and 4 December, the Monaco Scientific Center will host the "Reef solutions" workshop, which will bring together the world's leading experts on corals. 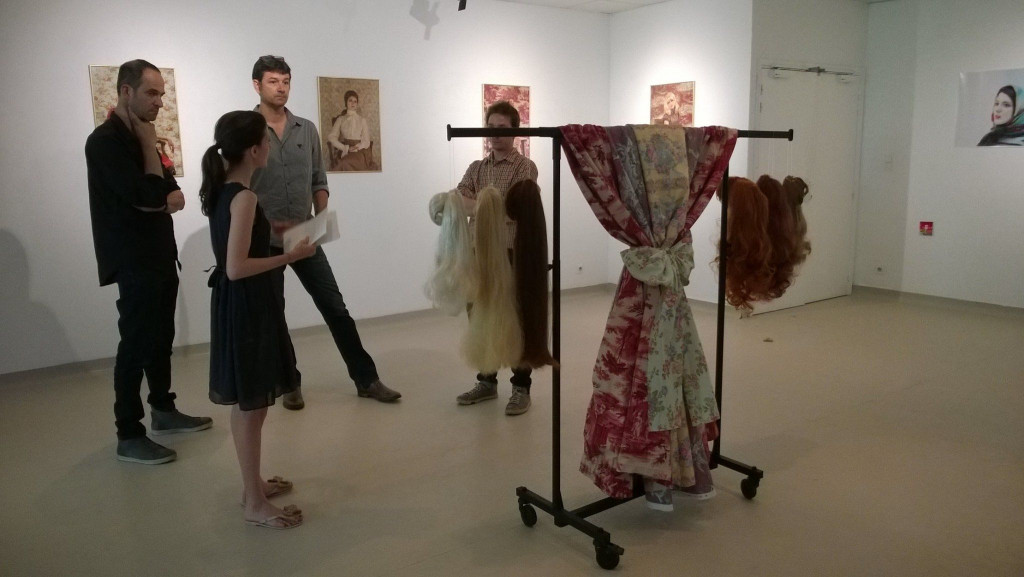 Photo: Facebook Pavillon Bosio, Ecole Supérieure d'Arts Plastiques de la Ville de Monaco[/caption] As every year, the Pavillon Bosio Visual Arts School, also known as ESAP, will open its doors to the public for its traditional Open Day on Saturday, March 24, from 10 am to 6 pm. Drawings, installations, video, volume, and collective and scenographic projects will be presented. Teachers and students will welcome and inform future candidates about the courses offered, which include a National Diploma of Visual Arts (equivalent to a 3-year University degree) and Masters of Visual Arts (a 5-year University degree equivalent). Two sessions have been opened for entrance examinations and equivalence commissions. The first on Thursday, April 12, from 9 am, and Friday, April 13 (submission of applications before March 29). The second on Tuesday, September 4, from 9 am, and Wednesday, September 5, by appointment (submission of candidatures before August 21). To register, candidates must be under the age of 24 on the date of the contest; have a baccalaureate (students in Terminale are admitted subject to graduation); or have attended or finished university studies in France or abroad. Exceptional derogations may be granted to candidates with a professional background or studies in line with artistic studies (for non-graduates, the level of general education must be equivalent to a baccalaureate). Non-francophone students must pass a written test in French. The academic year will begin on Monday, September 24. The registration fee for the entrance examination is €30. The school, which is located on the Rock, also takes an active part in promoting contemporary works and Monaco’s cultural vocation. In an effort to raise public awareness about art, ESAP offers technical workshops “to those who would like to initiate themselves to art or increase the spontaneity of their artistic expression”. Courses are taught by qualified art teachers and the programs offered follow specific pedagogical project guidelines.