Germany receives 9% of its €25 billion in EU funding

Germany receives 9% of its €25 billion in EU funding 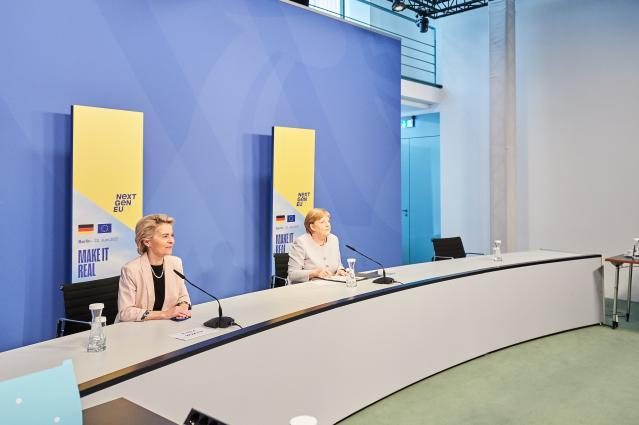 Germany has received its first share of Europe’s RRF recovery fund, €2.25 billion, which will be used to implement the country’s recovery and resilience plan.
The pre-financing, disbursed on 26th August, is equivalent to 9% of the country’s financial allocation under the Recovery and Resilience Facility (RRF). The country is set to receive €25.6 billion in total, fully consisting of grants, over the lifetime of its plan.
The money will go towards funding crucial projects including €1.5 billion in green hydrogen to help decarbonise the German economy, while €2.5 billion will be used to help citizens acquire more than 800,000 decarbonised vehicles.
The German plan will devote €3 billion to making more than 215 public services digitally available and allot €2.25 billion to large-scale cross-border European initiatives in microelectronics and next generation cloud infrastructures.
The country will also invest €3 billion in modernising hospitals to improve their digital infrastructure, emergency capacities, tele-medicine, robotics, and IT and cyber-security.
Part of NextGenerationEU, the RRF will provide €723.8 billion to support investments and reforms across Member States. Italy, Spain and Lithuania are among the first EU countries to have received their initial tranche of funding.
“Covid-19 is an exceptional crisis because it proves that health, the environment and the economy are all connected,” said European Commission President Ursula von der Leyen. “This is why it is so important to invest now for change, to build a future that is at the same time more resilient, more ecologically-friendly and competitive.”