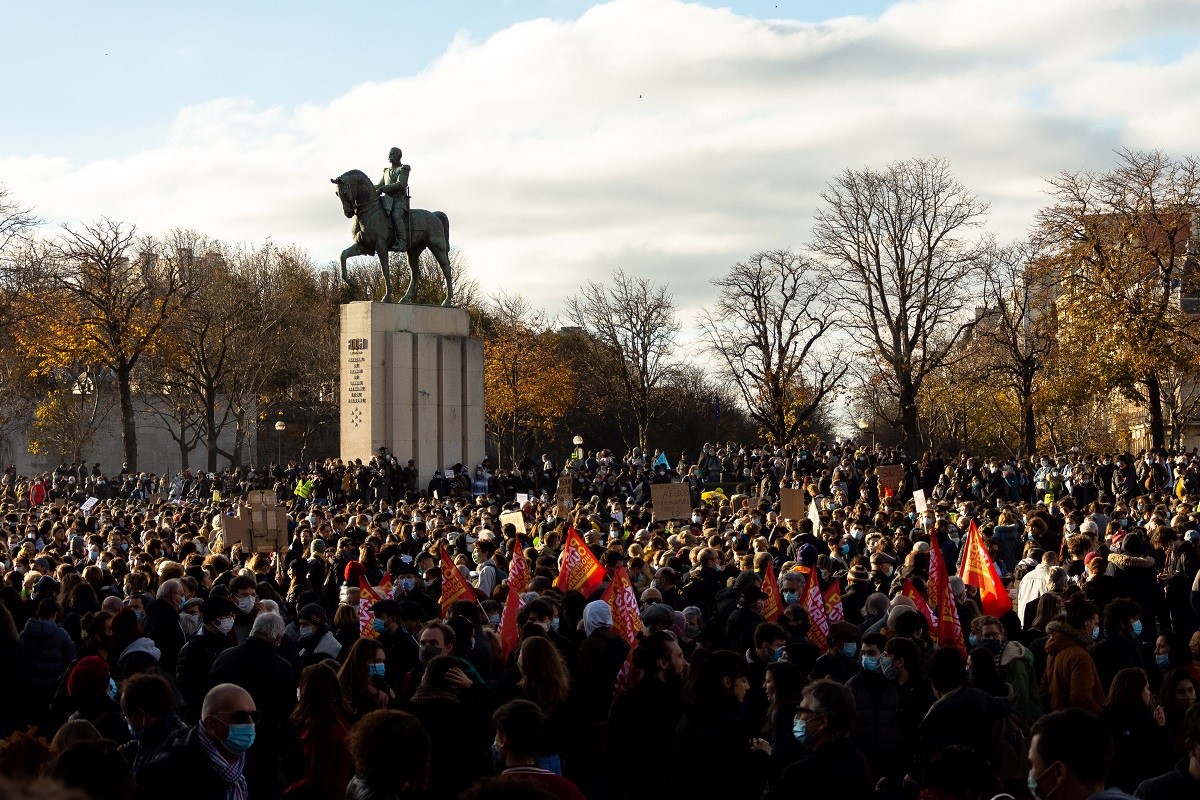 Within hours of plans to shake up France’s pensions system being unveiled, unions had called for mass strikes. Economists, meanwhile, say books need to be balanced to protect young workers.

Amid a raft of proposals to change France’s out-dated pensions system, the most wide-reaching is the intention to up the minimum retirement age to 64.

This currently sits at 62, increased from 60 by former president Nicolas Sarkozy in 2010. Even now, it remains one of the lowest in the industrialised world and at the bottom of the table in Europe, alongside Greece, Slovakia and Sweden.

Immediately after the announcement of the plans on Tuesday 10th January by Prime Minister Elisabeth Borne, the leaders of France’s biggest and most influential unions had assembled at the Bourse du Travail headquarters in Paris to refute the government’s overhaul of the system and call on their members to participate in mass national strikes next week, on Thursday 19th January.

But the first date in what is likely to be weeks if not months of union action, the CFDT, CGT, FO, CFTC, CFE-CGC, UNSA, FSU and Solidaires are firm in their opposition. They have demanded that the government withdraw the proposed increase in retirement age and the acceleration of the Touraine reform enacted by another former president, François Holland, which would see the contribution period required to access a full pension to 43 years.  The goal is simple: “to make the government yield”.

It is the first time in 12 years that all major unions have come together under the same banner.

“The fact that all the unions are united shows the extent of discontent of employees,” said the general secretary of the CGT union, Philippe Martinez, at a press conference following their discussions.

According to the Organisation for Economic Cooperation and Development, France’s pensions system costs the country almost 14% of its economic output. It is also a convoluted and complex system, involving 42 state-supported schemes with differing age limits and contributions.

As it stands, the average pension is equivalent to 74% of a salary earned at the age of retirement.  It is a generous system, but one that economists say enriches senior citizens while draining money from the country’s youngest workers.

In an interview with France 3, a former Bloomberg economist and now director of the Brunswick Group, Maxime Sbaihi, argued that the current system isn’t working.

“The poverty rate is the lowest among retirees and the highest among the youngest. Today’s poor are young people starting out in working life, single women, students who can be seen queuing for food banks… Conversely, those over 65 receive a minimum [monthly] payout that is 60% higher than the RSA (a work welfare benefit for those out of work or with a low income) and guaranteed by the state whether or not they have contributed [to the pensions system]. It is a very powerful safety net, which does not exist for those under 25,” he told the outlet.

Sbaihi said pensions rose faster than wages in 2022 and criticised a system that puts pressure on France’s youth “who are already inheriting a phenomenal public debt, who must settle the issue of global warming [and] who no longer have access to housing” to carry the heavy financial burden of increased contributions.

Meanwhile, Nicolas Marques, the general director of the Molinari Economic Institute, has said that with “only 1.7 contributors per retiree, compared to four in the 1950s”, it is difficult to balance the books of the pensions system.

“Working longer appears to be the least painful lever to facilitate the financing of the CNAV (Caisse Nationale d’Assurance Vieillesse), because France has already increased contributions considerably,” he told France 24, adding that the state pension pot has been unable to escape a deficit in the system for more than 40 years due to the baby boom phenomenon in the post-WWII era.