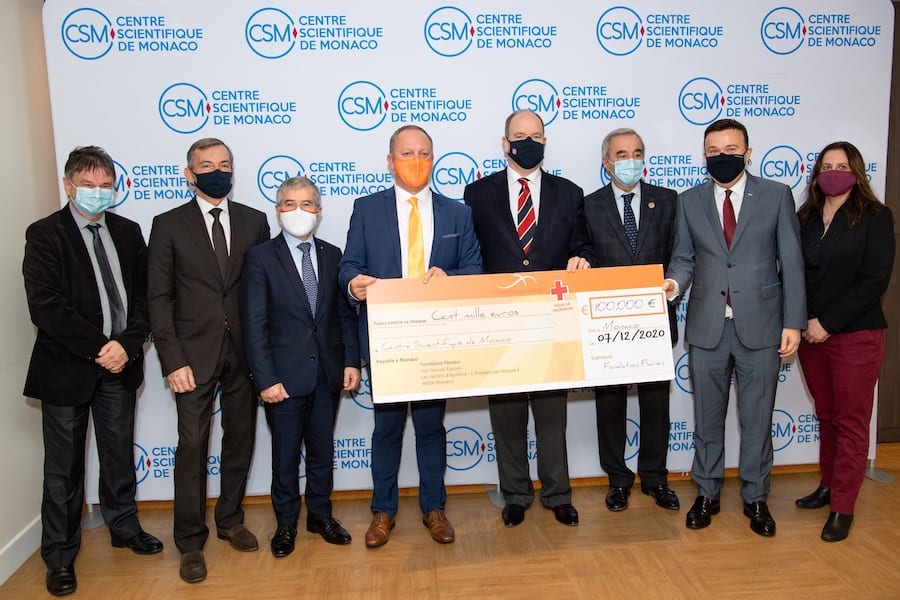 Research at the Scientific Centre of Monaco into pediatric cancers has received a major boost thanks to a 100,000€ donation from the Flavien Foundation.
For several years, the ‘Mechanisms of resistance to targeted therapies’ team at the Medical Biology Department of the Scientific Centre of Monaco (CSM) has focused its research on developing effective therapies adapted to pediatric cancers.
Thanks to continued support by the Flavien Foundation, significant advances in research have emerged.
On Monday 7th December, the foundation handed over another major donation – 100,000€ – in the presence of Prince Albert and a host of other Monegasque personalities.
Teams from the Department of Medical Biology presented their work during the event to highlight the importance of research and to thank the Flavien Foundation and the Prince’s Government for their active support.