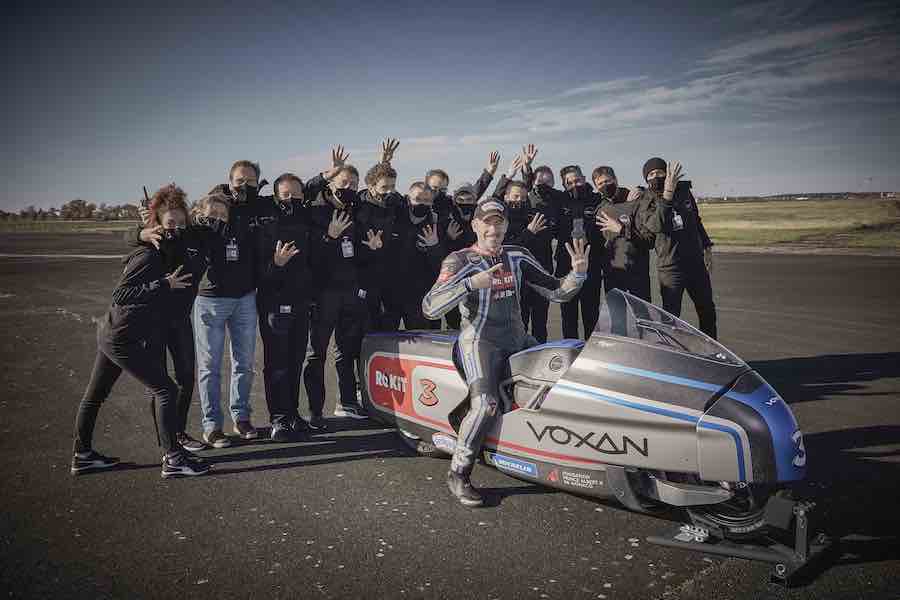 Max Biaggi and Monegasque electric motorcycle maker Voxan have marked the Venturi Group’s 20th anniversary in style, setting a total of 11 new world speed records and an outright top speed of 408 km/h.
“Twenty years after buying Venturi, I am delighted that the group can now claim to have created the fastest ever electric vehicles on two and four wheels, but also in the four-wheel fuel cell category,” said Gildo Pastor, President of Venturi. “On each project, we have worked openly with major companies to share with them our expertise in the field of ground-breaking technologies, and in doing so contributed to improving ecomobility. That modest contribution reflects my commitment to ensuring we are fully inline with the values of the Principality in terms of sustainable development. So, I am sharing these records with my country, Monaco.”
366.94 km/h for the semi-streamliner Wattman
On the morning of Saturday 31st October, at Châteauroux airfield in France, Max Biaggi and the Voxan Wattman achieved their primary objective, beating the most sought-after of the 12 world records they had been targeting. With a speed of 366.94 km/h, the team set a new record in the prestigious ‘partially streamlined electric motorcycle over 300kg’ class. In doing so, they dethroned previous holders Ryuji Tsuruta and Mobitec EV-02A with their speed of 329 km/h 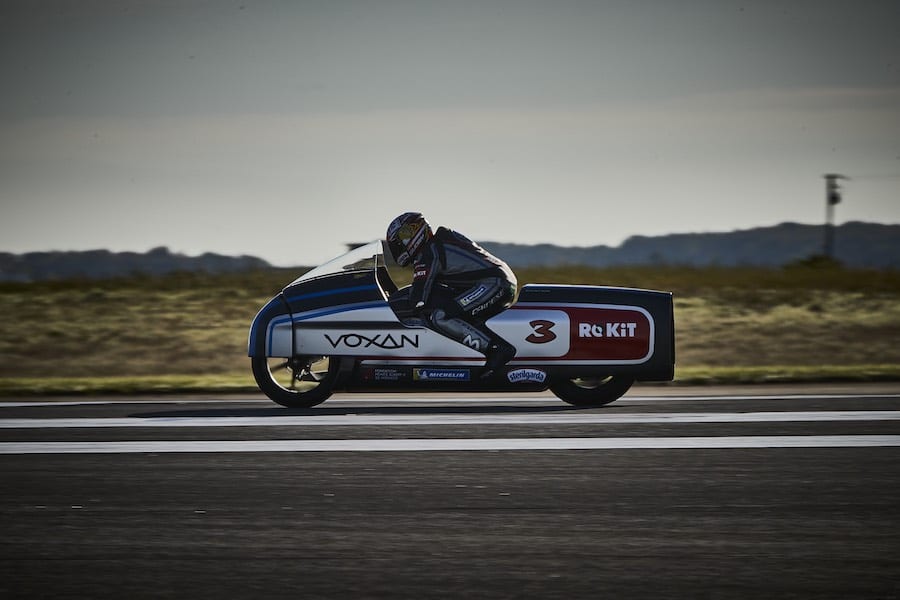 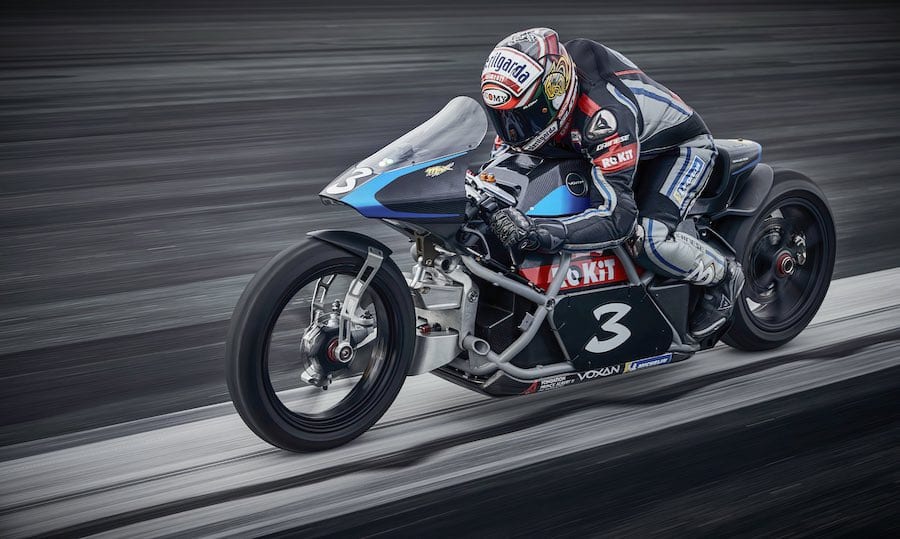 Nine other records
In all, Gildo Pastor’s team achieved nine world records – six of them had never been attempted before
“When Gildo Pastor approached me about this project, I was curious, very motivated, and at the same time a little uncertain,” said rider Max Biaggi. “Having said that, right after our first meeting, I quickly realised that, like Gildo, his teams were driven by an incredible belief and determination. They told me “we came close to 600 km/h on four wheels, and now we want to flirt with 400 km/h on two wheels, nothing’s going to stop us!” I’m proud of the team and delighted to bring these titles back to Monaco!”

Top photo: The Voxan team making the number four with their hands, for the maximum speed reached of 408 km/h. Photos courtesy of Voxan Motors